Four people were killed and eight wounded in Turkey after clashes erupted during a ruling party member’s campaign stop Thursday, the latest indication of boiling tensions in the run-up to the country’s June 24 elections.

Ibrahim Halil Yildiz, a member of parliament from the ruling Justice and Development Party (AKP), was touring the predominantly Kurdish town of Suruc in southeast Turkey when a fight broke out between his entourage and shopkeepers, the BBC reports.

According to government-aligned media such as the state’s Andolou Agency, the Kurdish shopkeepers provoked the violence by attacking the lawmaker’s entourage and reportedly killing his brother. But according to Kurdish sources, Yildiz’s bodyguards opened fire when the politician received a less than friendly welcome, according to the BBC.

Eight people were reportedly hospitalized, and police detained 10 others.

Anticipation and anxieties around the election have mounted as President Recep Tayyip Erdogan is believed to be more vulnerable than ever after dominating Turkish politics for the past 15 years. While Erdogan aims for a second term, some believe his party may lose its majority in parliament.

The BBC reports that Thursday’s campaign violence followed a video posted on social media that supposedly showed Erdogan advocating for intimidating Kurds in order to sway the vote. In the video, the president allegedly instructs party officials to focus on the pro-Kurdish opposition party HDP.

He also suggests that if AKP officials arrive at polling stations before the other parties, “it can end before it even begins.” 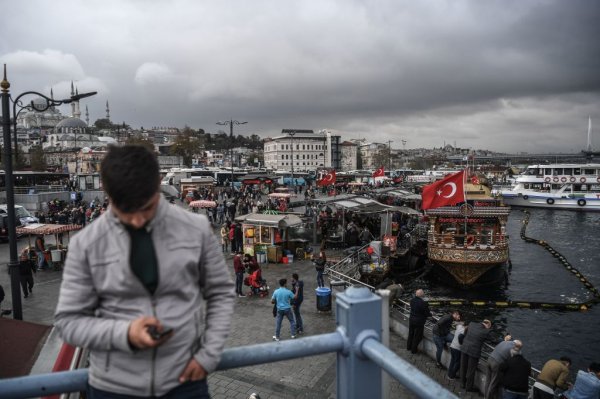