EPA Administrator Scott Pruitt is on a publicity tour and media blitz to save his political career, but unless you live in a select few heartland states or listen to conservative talk radio, you wouldn’t know anything about it.

Pruitt, who has made headlines in recent months with a barrage of scandals over his use of taxpayer money, has visited Kansas, South Dakota, Nebraska, Mississippi and Idaho in the last month promoting his agenda. In the same time, he’s given interviews to to conservative talk radio programs like WZFG’s The Flag in South Dakota and the Sinclair Broadcast Group.

The questions he’s faced there are quite different than the ones he’d face from national news outlets.

“By doing things like this,” said Pruitt, adding that he traveled to 35 states last year.

The full list of scandals facing Pruitt is long, including recent reports documenting how he used his government staff and EPA connections to look for work for his wife. Prior reporting has documented everything from his use of a condo linked to a lobbyist with business before the EPA to his going around the White House to offer pay raises to favorite employees.

But these topics are not the focus of his appearances in the heartland. Instead, his time on the road has focused on a slew of policy issues of key importance to farmers and rural voters ranging from the Clean Power Plan, an Obama-era climate regulation that would have regulated emissions from power plants, to the Clean Water Rule, referred to as the Waters of the U.S. in conservative circles, which would have expanded federal authority over some rivers ands streams.

“It’s a tremendous time to be serving because it’s so consequential,” Pruitt told The Flag. “It’s transformational what’s happening.”

Issues in the EPA’s wheelhouse may not make regular headlines on cable news, but they are deeply important to many of Trump’s most loyal supporters. Keeping them happy will be key to Pruitt’s survival as he continues to face damaging scandals. Indeed, Pruitt’s support from his the Trump base is a key reason why Trump has stuck with the embattled cabinet official. A senior White House official told TIME in April that Trump has said that his base “loves Scott Pruitt” and considers him “a star.”

But that may not last. Pruitt’s publicity tour comes as support appears to be dwindling among some subsets of the Trump base. Most controversially for many farmers, Pruitt has faced blowback over his attempted changes to the Renewable Fuel Standard, which requires oil refiners to use so-called renewable fuels, typically ethanol, when making gasoline for transportation. Pruitt, who has a long history of support from the oil and gas industry, also issued some waivers to refiners that did not want to use ethanol. And because ethanol is made from agricultural products like corn, many farmers rely on the policy and oppose Pruitt’s attempts to change it.

In South Dakota this week, Pruitt tried to quell anger over the fuel standard in closed-door discussions with farmers. He was met by a 200-person rally described by one farmer as an event designed to highlight that “the administrator is not doing his job,” according to a report in the Sioux Falls Argus Leader.

“I don’t think he’s agriculture’s friend,” said David Fremark, a farmer who was at the discussion told the Argus Leader.

Ultimately, Pruitt’s fate in the Trump Administration may be determined more by how he can respond to this growing frustration than any particular scandal.

Last week, two Republican senators — Joni Ernst and Chuck Grassley, both of Iowa — slammed Pruitt over his approach to ethanol, calling him part of the swamp and suggesting that Trump was ill served by the administrator.

“He is about as swampy as you get here in Washington, D.C.,” Ernst said in remarks at Platts Energy Podium. “And if the president wants to drain the swamp, he needs to take a look at his own Cabinet.” 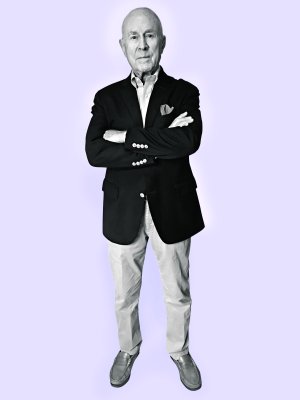 Historian Richard Rhodes on Nuclear Energy and Climate Change
Next Up: Editor's Pick