As protesters continue to call for his ouster, Nicaragua’s embattled President Daniel Ortega is digging in his heels. At least 146 people have been killed since April in clashes there. Some worry that the Central American country is heading down the same path as Venezuela, where a dictator refuses to bend as his country is battered by an economic and humanitarian crisis.

The crisis started on April 18 when pro-government gangs violently crushed a small student-led demonstration against planned reforms to the pension system. The government responded with force, and the protests escalated; dozens were killed over the next few days. Ortega, 72, has since dropped his original plan for pensions, but opponents are now calling for his resignation, as well as for democratic reforms and justice for victims of the crackdown.

Opposition figures say Ortega–who had previously governed from 1979 to 1990 after helping topple Nicaragua’s last dictator, Anastasio Somoza–has become increasingly corrupt and authoritarian since he was re-elected in 2006. In January 2017, his wife Rosario Murillo, a mystic poet, became Vice President. Many suspect Ortega is preparing her to be his successor. For his part, Ortega has blamed “opposition political groups with specific political agendas” for the violence and even suggested that protesters had killed one another to undermine him.

With roads blocked, universities occupied and many businesses open only a few hours a day, Nicaragua has ground to a halt. Economists say the crisis has cost the extremely poor country upwards of $600 million. Some are calling on the U.N. to step up its response, while others have suggested a national strike. But talks between the two sides have broken down, leaving Ortega with a choice: risk his position by holding early elections–which the Catholic Church and business leaders have called for–or refuse, and confirm his opponents’ worst fears. 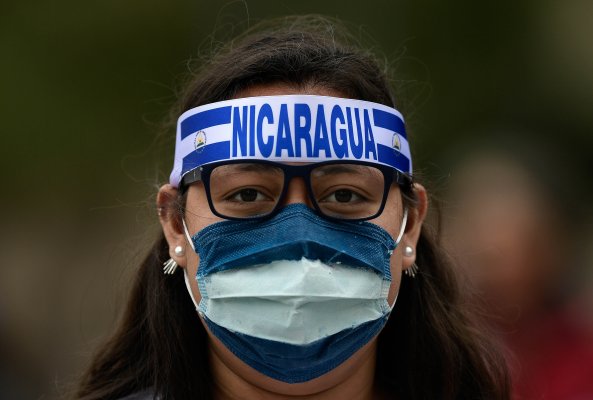 Nicaragua Is Heading Down the Same Dark Path as Venezuela
Next Up: Editor's Pick