Jonathan Van Ness on Pride, Living Authentically and Tearing Down the Patriarchy

Van Ness, 31, is the effervescent grooming expert of Queer Eye. He returns to Netflix for the show’s second season on June 15.
Austin Hargrave—Netflix
By Wilder Davies

In the first season of Netflix’s rebooted Queer Eye, Jonathan Van Ness, 31, won over viewers with his perky, ebullient charm. As the Fab Five’s grooming expert, Van Ness approached each episode’s subject with a great compassion and empathy, offering salon chair wisdom on self-empowerment. With the show returning to Netflix for a second season on June 15, expect plenty more tear-jerking moments to come.

Prior to the hit show, Van Ness was the star of Funny or Die’s Game of Thrones recap web series, Gay of Thrones. Currently he hosts the podcast Getting Curious with Jonathan Van Ness, where he covers everything from bees to the opioid crisis.

Van Ness spoke to TIME about how he got his start as a stylist, the power of authenticity and the importance of pride season for the LGBT community.

Did growing up in a small town help prepare you for shooting in rural locations on the show?

Shooting in rural towns didn’t feel new or scary. I was able to go into those situations without toning myself down. Growing up in Illinois and being a male cheerleader also prepared me. I’ve worn a 100% polyester cheerleading outfit in stadiums full of people—it is pretty hard to embarrass me.

How did you first get into hair and styling?

My family was really big on college and it was hard for them to stomach that I was going to be a hairdresser. But I knew I wanted to do hair from the age of three, when I saw these cabana girls with fierce hats at the concession stand at the pool where I grew up. Once I learned how to do finger waves I was like, “I’m obsessed, Mommy loves this, I just want to learn more.”

Have there been any unexpected outcomes from being on the show?

I am shocked almost on a daily basis that my being me everywhere I go affects people so deeply. There are so many repressed in men and women about being themselves and loving themselves. Whether you are straight or gay, we are all in this boat of not being quite sure if we are lovable, and I didn’t realize how much people were struggling.

What have you found to be the best way to engage with people you disagree with, on and off the show?

I start to get into some of those inappropriate conversations that you shouldn’t have with your client as a hairdresser, about religion or politics. I break that rule really often, but I don’t do it on the first or second appointment. If someone is not open to change, I’m not going to try. I will connect with them on what we can have in common, but you have to be willing to change.

June is pride month. What does pride mean to you?

I think it is really a celebration of all those who have come before us and made it possible to celebrate our brothers and sisters who lost their lives to HIV/AIDS and fought so hard for us to be visible. It’s a time for us to celebrate the people who literally laid down their lives for us to be safe. Do we get to make out topless and go on parades? Yes, but pride is so much more than that.

You have your own podcast, Getting Curious. If you could be a guest on someone else’s podcast, whose would it be?

Aly Raisman doesn’t have a podcast—but she should! And I would blow her hair out for free and do her nails for free and book it because I just want to help her tear down the patriarchy in any way that she needs. 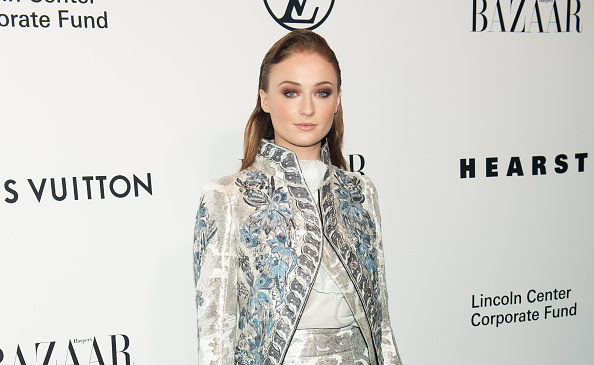