A rare, cotton candy-colored lobster that was caught near Maine last year has become a social media star after it was saved from the cook pot and took up residence at a Canadian aquarium.

The 2 lb. lobster, known as “Lucky,” was caught by Canadian fisherman Robinson Russell off Grand Manan Island in New Brunswick last November, according to the Canadian Broadcasting Corporation (CBC).

But interest in the colorful crustacean peaked this week when Russell’s Instagram photo was reposted by a Maine lobster fisherman.

“I really didn’t know what to do with it at first, so I decided to give it to the aquarium,” Russell told the Press Herald this week. Lucky is now living at the Huntsman Marine Science Centre in St. Andrews.

Lucky previously resided at a local Grand Manan seafood restaurant, enjoying a solo tank and amnesty from the menu, according to the CBC.

Most lobsters are naturally a muddy brown, before turning red when boiled. But rare specimens can be bright blue, orange, yellow, calico, or even split-toned, like one found in Scarborough, Maine in July 2015. The odds of catching a two-toned lobster is estimated at 50-in a-million by the University of Maine’s Lobster Institute, compared to one-in-two million for blue lobsters.

Marine biologists told TIME that the almost-translucent Lucky appeared to be an albino, which would make it even rarer: one-in-100 million, according to the Lobster Institute. Dr. Andrew Jeffs at the University of Auckland’s Institute of Marine Science called the estimate “credible.”

The unusual pigmentation could be attributed to a variety of reasons, according Jeffs, but the most common cause is genetic mutation. “You get an unusual combination of genes that has an unusual color morph,” he says.

The food chain also plays a role in their rarity, as more vividly-hued lobsters may struggle to camouflage as well as their green-brown relatives do, according to Justin Rizzari, a research fellow at the University of Tasmania’s Institute for Marine and Antarctic Studies (IMAS).

“Evolutionarily, it is not conducive for survival. If you can imagine a bright white-colored lobster trying to hide from a predator — it would be very hard as they would stick out like sore thumb,” Rizzari told TIME in an email. “Over time this would result in them becoming rarer and rarer.”

But the difference is only shell-deep and wouldn’t affect the lobster’s interior biology — or its taste. “It might look a little odd, and might put some people off,” Jeffs says. “[But] it’s going to live out a happy life in that aquarium. What a lucky lobster!” 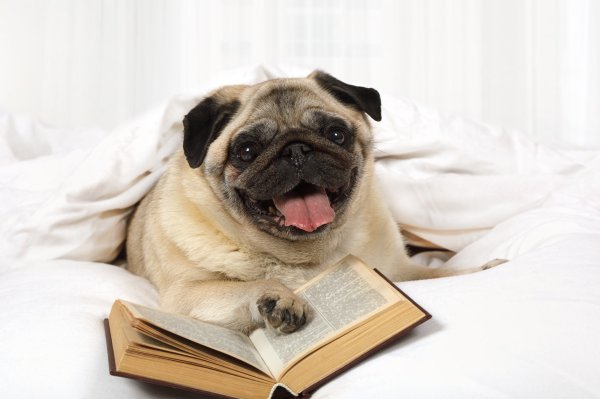 This Beloved Therapy Dog Made the High School Yearbook
Next Up: Editor's Pick