The headquarters of Purdue Pharma in Stamford, Conn., May 23, 2018. States and cities have filed lawsuits against Purdue Pharma and other opioid manufacturers and distributors.
George Etheredge—The New York Times/Redux
Ideas
By Barry Meier
Meier is a Pulitzer Prize-winning former reporter for The New York Times and the author of Pain Killer: An Empire of Deceit and the Origin of America’s Opioid Epidemic, published by Random House.

The owners and some former and present executives of OxyContin maker Purdue Pharma were sued on June 12 by Massachusetts’ attorney general, who alleges the company knowingly misled doctors and consumers about the dangers of its product — something Purdue denied in a statement. This brings to mind an earlier, separate — and revealing — case against the company from more than a decade ago.

At a congressional hearing in 2007, a United States attorney was grilled about the Justice Department’s settlement earlier that year with the company over its prescription painkiller, which had become the gateway drug to America’s opioid epidemic. The late Senator Arlen Specter wanted to know why three of Purdue Pharma’s executives had been allowed to plead guilty to a misdemeanor that did not accuse them of wrongdoing, when the company had admitted to a felony charge of lying about OxyContin’s potential for abuse and addiction.

“There is a total disconnect,” said Specter. “I do not see how you can have a conclusion that the individuals were not wrongdoers who deserved jail.”

But the prosecutor, John Brownlee, said that he believed the lower charge against the executives was “appropriate” given the case’s evidence. Yet when Brownlee had been pressed about that information, he declined to describe it, citing grand jury secrecy rules.

Today, over a decade later, we finally know an important reason why the Purdue Pharma executives never went to prison. As it turns out, Brownlee wanted to indict the executives on serious felony charges. And the evidence he couldn’t discuss were records suggesting that Purdue Pharma knew for three years about OxyContin’s growing abuse and concealed that information.

However, that 2007 case never went forward. Political appointees at the Justice Department, following a closed-door meeting with a high-powered Purdue Pharma legal team advised by Rudolph Giuliani, refused to back Brownlee’s recommendations. The prosecutor was left in the wind, and the executives, who insisted they did nothing wrong, only had to plea to the misdemeanor charge.

In the face of the opioid crisis, President Donald Trump has called for the execution of drug dealers while Attorney General Jeff Sessions has announced a crackdown on doctors and drug stores illegally dispensing prescription painkillers. But the Purdue Pharma case shows how the Justice Department contributed to this catastrophe by failing to hold drug company executives accountable to the same level of justice as street-level drug dealers.

In his 2017 book, The Chickenshit Club, journalist Jesse Eisinger described how the Justice Department has devolved from an agency eager to imprison white-collar criminals to one that has “lost the will and indeed ability to go after the highest ranking corporate wrong-doers.” One reason: government lawyers are more interested in mutual back-scratching with defense attorneys than a case’s merits, because their next job will be in the private sector.

During the Obama years, only one executive from all the Wall Street firms that pleaded guilty to financial frauds that sent the world’s economy into crisis went to prison. But while those cases involved money, the Justice Department handling of the Purdue Pharma case had far more life-or-death consequences.

Even a decade ago, some experts believed that a trial of the Purdue Pharma executives — regardless of who won or lost — could have slowed the trajectory of the opioid epidemic by putting on public display the evidence prosecutors had gathered. But the Justice Department’s decision to keep that information hidden had the opposite effect.

Doctors, often unaware of how Purdue Pharma had betrayed them, continued to ramp up their use of opioids by tens of millions of added prescriptions annually. And in the five years after the case’s settlement, some 100,000 Americans died from overdoses involving prescription painkillers such as OxyContin, while thousands of patients became addicted to opioids or suffered ill health consequences.

One prosecutor involved in the Purdue Pharma case said during a 2007 court hearing that pleas by the executives to misdemeanors — charges that did not even accuse them of wrongdoing — would send a message that drug industry officials faced being held to “a higher standard.” But the message it really sent was that the only real penalties companies paid for breaking the law were fines that essentially amounted to a cost of doing business.

Starting in 2007, the year of the Purdue Pharma settlement, drug distributors shipped enough prescription painkillers over the next five years to West Virginia — a state already awash with opioid abuse — to give every person there 433 pills. One executive of a drug distributor in those shipments recently testified before Congress that he was “sorry” about his company’s behavior.

These stories are not over. As it turns out, several former executives of a small drug maker, Insys Therapeutics, were indicted in late 2016 on federal charges accusing them of paying kickbacks to doctors to prescribe the company’s version of a powerful, fentanyl-based opioid. The company said in a statement that it was cooperating with the investigations involved. Yet when a federal prosecutor declared that move would “send a message” to drug industry officials, the phrase felt familiar — and hollow. (In May, the Department of Justice joined the civil litigation.)

There is no question that the opioid crisis is complex and presents an array of challenges ranging from finding ways to treat pain with means besides opioids to helping those addicted to prescription painkillers and illegal drugs. But the Trump Administration, along with taking measures against leaders of drug cartels, can also put every C-suite executive involved in the manufacture or distribution of prescription opioids on notice that there will be no special justice for them if they betray the public trust.

The state of Massachusetts took a step in that direction with its civil lawsuit, which included members of the Sackler family, the wealthy and secretive owners of Purdue Pharma, and several current and former company executives. Some day, maybe, the Justice Department will also get tough. 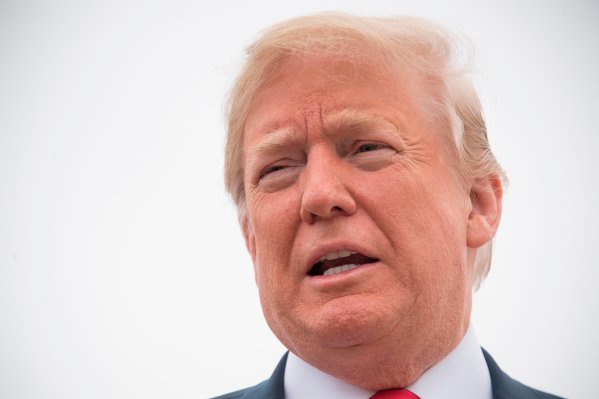 The President’s Pardon Might Be About More Than Dinesh D’Souza
Next Up: Editor's Pick