An off-duty FBI agent accused of accidentally discharging a weapon while dancing at a night club last week has been arrested and charged with assault, Denver authorities said Tuesday.

Chase Bishop turned himself in to police and was charged with one count of second-degree assault, according to a statement from the District Attorney’s office.

Additional charges could also be filed after an analysis of Bishop’s blood alcohol content are finished, the DA said.

“We are filing this charge now rather than waiting until the BAC report is received, which we understand could take another week,” District Attorney Beth McCann said. “If an additional charge needs to be filed after further evidence is received, we can file those charges then.”

Bishop’s story went viral after a video circulated on June 3 appeared to show him dropping a handgun while performing a backflip in Denver’s Mile High Spirits distillery. One person was accidentally shot when he picked up the weapon and it discharged. The victim suffered a serious but non-life threatening injury to the lower leg.

Bishop is scheduled to appear in court Wednesday. 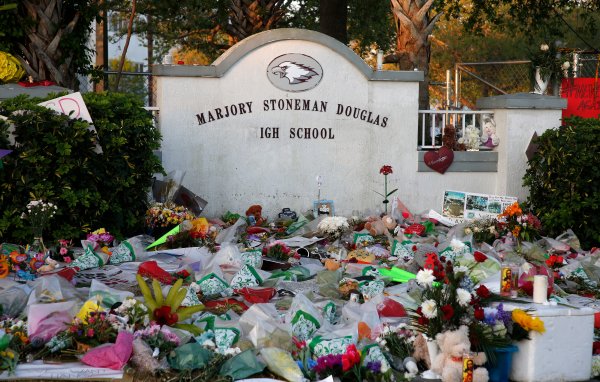 Parkland Resource Officer Responds to Trump's Assertion He Was a 'Coward': 'He Doesn't Know. He Wasn't There'
Next Up: Editor's Pick