'We Decided to Leave the Past Behind.' Read What President Trump and Kim Jong Un Said While Signing Joint Agreement

President Donald Trump and North Korean leader Kim Jong Un signed a “comprehensive” joint document Tuesday in Singapore in which they committed to working “toward complete denuclearization of the Korean Peninsula.”

The signing followed a historic summit between the two leaders of the longtime foes. Trump said that they had “developed a very special bond” and that they were taking “care of very big very dangerous problem for the world.”

Kim declared that following the summit, the “world will see a major change.”

“Today’s meeting was possible thanks to hard work of President Trump,” he said. Trump, in turn, said he would “absolutely” invite Kim to the White House in the future.

Here’s the full transcript of Kim and Trump’s words following the summit: 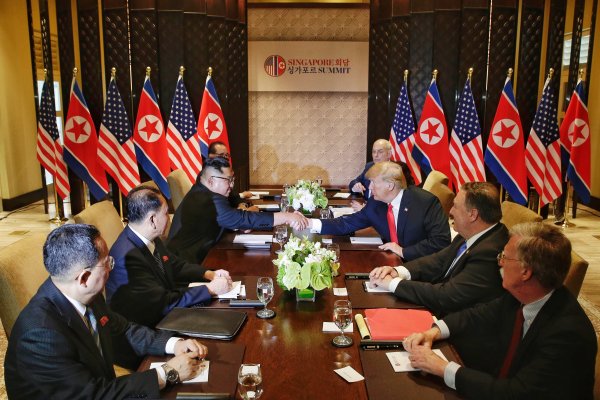 What Donald Trump and Kim Jong Un Ate at their First Lunch
Next Up: Editor's Pick