If you were watching Sunday night’s Tony Awards on CBS, you might not have heard what Robert De Niro said to receive a standing ovation from the crowd at Radio City Music Hall. The network was quick to bleep out two expletives the actor used after he took to the stage to introduce his friend, Bruce Springsteen.

“I’m going to say one thing: f**k Trump,” said De Niro, prompting many in the crowd to rise to their feet. As they applauded and cheered, he continued, “It’s no longer ‘down with Trump.’ It’s ‘f**k Trump.’”

While the TV audience at home heard silence for a few seconds, viewers did get to listen to the next part of the actor’s speech, as he urged the crowd to vote in November’s midterm elections and praised Springsteen’s political engagement.

“Bruce, you can rock the house like nobody else and even more importantly in these perilous times, you rock the vote, always fighting for, in your own words, truth, transparency and integrity in government,” he said. “Boy, do we need that now.” 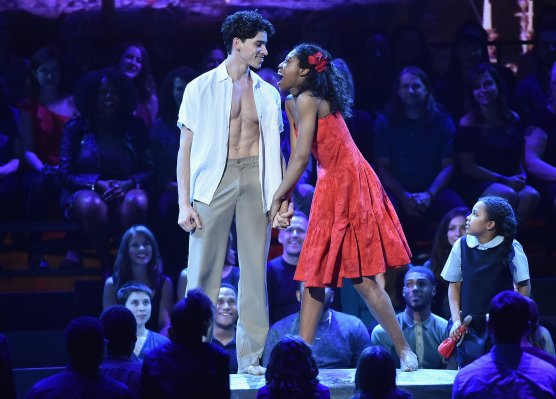 The Tony Awards' Best, Weirdest, and Wildest Moments
Next Up: Editor's Pick