Rapper Eminem performed at the Bonnaroo music festival in Tennessee this weekend, causing panic among concertgoers when one of his songs ended with realistic gunshot sound effects. The hip-hop star’s decision to use the violent sound effects incited a backlash on social media, with many people saying the noises were inappropriate given the prevalence of mass shootings in the U.S.

In videos uploaded to social media, fans in the crowd can be heard screaming and seen ducking as the gunshot sounds go off at the end of the Eminem’s song “Kill you.” People criticized his decision, with some saying there should have been a warning if potentially traumatizing or triggering sound effects were going to be used.

Fans defended him on social media, pointing out that he has incorporated gunshot sound effects into his music many times before, including just one week ago at the Governor’s Ball Music Festival in New York City.

Others pointed out that Eminem wrote the song in 2002, prior to recent mass shootings and defended his choice to use the realistic effects.

The rapper’s spokesperson said in a statement to TIME:

“Contrary to inaccurate reports, Eminem does not use gunshot sound effects during his live show. The effect used by Eminem in his set at Bonnaroo was a pyrotechnic concussion which creates a loud boom. He has used this effect — as have hundreds other artists — in his live show for over 10 years, including previous US festival dates in 2018 without complaint.” 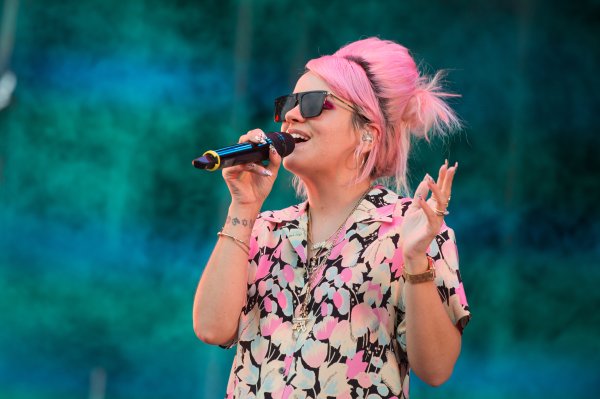