The valedictorian of a California high school said she had her microphone cut off by the school’s administration during her graduation speech as she started to speak about sexual assault.

Lulabel Seitz, 17, was giving her speech at Petaluma High School when she was abruptly cut off around four minutes into it.

At first, she talked about how her fellow classmates should feel proud for overcoming obstacles to graduate and pursue their dreams, and she said she never thought she would be the valedictorian as the daughter of parents who left high school early. She spoke about classmates persevering through the devastating wildfires in Northern California that destroyed some of their homes, and what it was like being in school during teacher strikes.

But when Seitz’ started to address the issue of sexual assault, specifically as she was about to say that some at the high school had silenced victims, her microphone was cut off.

“When they cut my mic, I was appalled at them,” Seitz told the Press Democrat.

Her microphone was shut down when she was about to bring up sexual violence, according to video posted online: “Because the class of 2018 has demonstrated time and time again that we may be a new generation, but we are not too young to speak up, to dream and to create change, which is why even when some people on this campus, those some people — “

After her microphone was turned off, her classmates started chanting “Let her speak!” and standing up and applauding. The school did not let her finish her speech. Refusing to be silenced, Seitz later recorded the full speech and uploaded it to YouTube herself, where she said: “And even learning on a campus in which some people defend perpetrators of sexual assault, and silence their victims, we didn’t let that drag us down.”

“The Petaluma High School administration infringed on my freedom of speech, and prevented a whole graduating class from having their message delivered,” she wrote in the video’s caption on YouTube. “For weeks, they have threatened me against ‘speaking against them’ in my speech. Sometimes we know what’s right and have to do it despite the threats.”

The school’s assistant principal told the teen “the expectation is that the speech you submitted is the speech you will give,” the Press Democrat reported. The administration received tips that Seitz would go off script.

Seitz plans to attend Stanford University in the fall, according to the Press Democrat.

Her YouTube video has been viewed more than 160,000 times. You can watch her full speech here: 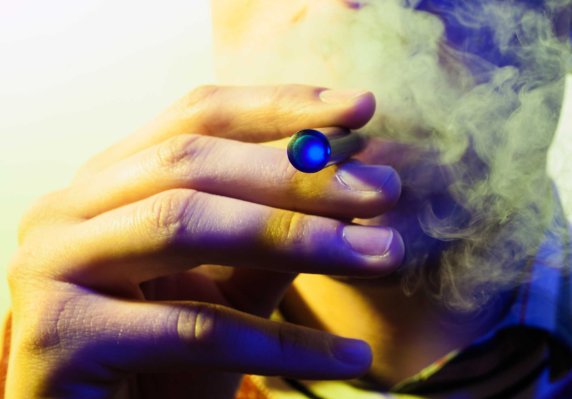