What Anthony Bourdain Said About His Own Success

Anthony Bourdain, the chef and Emmy Award-winning travel-show host, was found dead on Friday at 61 in an apparent suicide in his hotel room in France, where he had been filming CNN’s Parts Unknown.

His fans, friends and the food world shared their grief and memories on Friday morning, exposing the depth of his impact — an impact he achieved beginning in his 40s, at a time when he had, he later said, already given up on the idea of that kind of success.

Before he became one of the world’s most sought-after voices on food, he sought a platform to tell the dirty secrets — often literally dirty — of how restaurants really operate. Then the executive chef of the French brasserie Les Halles in Manhattan. which has since closed, he blindly submitted an article to The New Yorker. The finished product, “Don’t Eat Before Reading This,” became the basis of his best-selling 2000 tell-all Kitchen Confidential, which also revealed the deep personal pain felt by the chefs and restaurant workers who present the meals that bring customers so much joy.

Book deals and TV contracts quickly followed. In 2015, during an interview with TIME, he explained how his success began, and his rule for how to deal with fame:

Beneath that success was a quality that went deeper than any level of fame: an interest in the world around him, and the potential for fun it held.

“If I’m an advocate of anything, it’s the virtue of curiosity,” he had told TIME in a 2007 interview. “But mostly the show [No Reservations] is about me having a good time and someone else paying for it.” 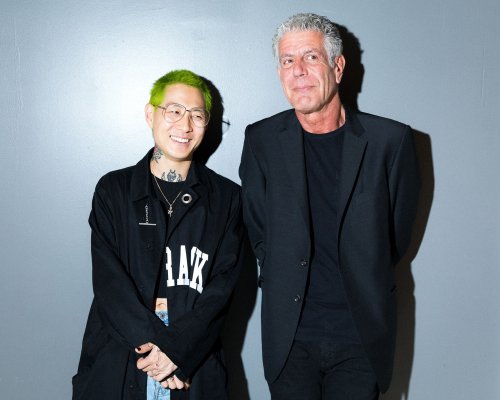 ‘We Were All in Awe of Him.’ World-Renowned Chefs Told Us Their Favorite Memories of Anthony Bourdain
Next Up: Editor's Pick