After President Donald Trump said on Friday he “may pardon” Muhammad Ali, the late boxer’s attorney responded that the pardon would be “unnecessary.”

“We appreciate President Trump’s sentiment, but a pardon is unnecessary,” the statement from Ron Tweel said. “The U.S. Supreme Court overturned the conviction of Muhammad Ali in a unanimous decision in 1971. There is no conviction from which a pardon is needed.”

Trump had said earlier Friday morning that he was “very seriously” considering pardoning Ali amid a string of recent pardons and commutations from the President, including the late boxer Jack Johnson, who received a rare posthumous pardon in May.

Ali was arrested in 1967 when he refused to be drafted into the U.S. military during the Vietnam conflict. The boxer refused three times to step forward when his name was called at his draft induction in April of that year, for which he faced a $10,000 fine and up to five years in prison.

“My conscience won’t let me go shoot my brother, or some darker people, or some poor hungry people in the mud for big powerful America,” Ali said at the time. Shoot them for what? How can I shoot them poor people? Just take me to jail.”

Ali was eventually convicted of violating Selective Service laws and sentenced to five years in prison.

However, as Ali’s lawyer pointed out in the statement, during the 1971 U.S. Supreme Court case Clay v. U.S., Ali was cleared of all charges. The court unanimously decided he was in fact a true contentious objector and not just a draft dodger. 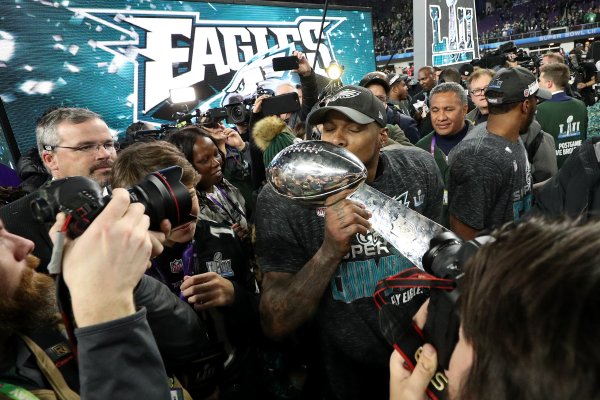