“Sometimes I wonder how all those who do not write, compose or paint can manage to escape the madness, the melancholia, the panic fear which is inherent in the human condition,” wrote Graham Greene in his second autobiography, Ways of Escape, a book which the chef, author and travel show host Anthony Bourdain, who died on June 8 at 61, kept on his nightstand.

Bourdain’s suicide, which followed shortly after that of fashion designer Kate Spade, was a one-two punch to our belief that there are some people who are living the perfect life. That each of them chose to end an existence that, to outsiders, seemed so idyllic and enviable is a mystery to people — especially since these were not teenagers or lost 20-somethings, but two people who might reasonably be expected to have reached some sort of self-knowledge. So many spectators of Bourdain’s and Spade’s lives saw in them reflections of the lives they would have liked to have lived.

Spade created what many women would consider the ideal way of living. Her world was filled with creativity, beauty, family and meaningful work. Having brought into being a fashion line alongside her husband, she sold it and was able to take years off to raise her daughter. She had a successful, creative, family-centric business that gave her time to be a parent. After she died, so many women spoke of how she made them feel seen; how her fun, quirky feminine handbags and style made them realize they were not alone.

Bourdain managed to be masculine without being swaggeringly macho. He was rugged and adventurous and knew how to use big knives, but he had his own literary imprint, Ecco books. Tall and handsome, he got to travel to exotic locales constantly and won awards, fame and wealth. And he ate so well. He was also seen as a rare male hero in the #MeToo movement, for championing Asia Argento’s claims against Harvey Weinstein and for siding with women over fellow chefs. What more could a person want?

And yet these two could not bear to live their lives any longer.

Apart from yearning again for more help for those who struggle with depression and mental illness (though we do not know the exact reason for Bourdain’s death), what can we do with the information that those whose lives we admire cannot bear to be alive? How can we process the fact that all that they had and all that they’d done were not bulwark enough against the darkness? What hope is there for the rest of us?

It’s not much of a solace, but perhaps one thing these deaths could remind us of is the uselessness of envy. As with many of the behaviors once considered vices — greed, sloth, lust — envy reflects a miscalculation in the relative worth of things. When we look at lives like Spade’s and Bourdain’s, it can make our own feel wanting. We haven’t started our own companies, or turned our work experience into a book. They’re happier and more fulfilled, because we are not as hardworking or talented as they are. Their lives look better than ours, therefore they must be better people than we are.

Our desire to turn Bourdain and Spade’s success into a judgment on our own stems from a flawed comparison due to incomplete data. Many lives are not as they appear. Happiness is not the end result of a sum of accomplishments. The person whose wealth/wardrobe/job/talent you wish you had has his or her own struggles, and they could at least equal our own. Bourdain seemed to hint at his, when during an episode shot in Sardinia, he asked in a voiceover, “What do you do after your dreams come true?“

And if our envy is misplaced, maybe there’s also a case to be made for having more compassion. If people’s lives aren’t as amazingly blissful as they appear, perhaps they’re not as evil or stupid as they appear, either. Especially on the Internet. Bourdain once flew Marilyn Hagerty, whose sweet review of her local Olive Garden had been mocked on the Internet, to New York City to dine at the restaurant of the moment, Per Se, and then published a book of her columns. Kate Spade donated boxes of clothing and bags to a foundation to help young women get started out of college so their lack of business attire didn’t obscure their talent.

It seems they both knew that outward impressions of people’s lives are often wildly off-base.

And please, if you or someone you know may be contemplating suicide, call the National Suicide Prevention Lifeline at 1-800-273-8255. 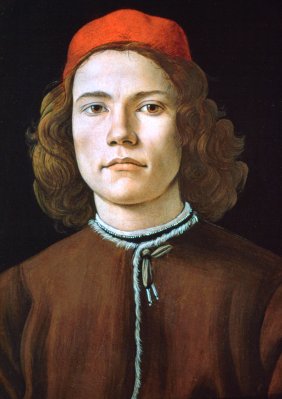 This Is What It Was Like to Be a Teenager in the Middle Ages
Next Up: Editor's Pick