‘He Brought the World Into Our Homes.’ Friends and Fans Share Heartfelt Remembrances of Anthony Bourdain

Tributes to Anthony Bourdain from cooking colleagues, celebrities who were on his show and longtime fans poured in Friday after he was found dead from an apparent suicide.

Bourdain, the 61-year-old food and travel aficionado won multiple awards for his culinary achievements, was found unresponsive in his hotel room in France, where he was filming an episode of the his CNN series Parts Unknown, the network confirmed in a statement.

Celebrities and journalists immediately took to social media to share their grief and honor Bourdain, who was dubbed “the original rock star” of the food world by Smithsonian magazine.

“Stunned and saddened by the loss of Anthony Bourdain. He brought the world into our homes and inspired so many people to explore cultures and cities through their food. Remember that help is a phone call away US:1-800-273-TALK UK: 116 123,” his longtime friend and colleague Gordon Ramsay tweeted.

Bourdain’s CNN colleagues also expressed their shock at the news of his death while highlighting his legacy.

Bourdain’s death came less than a week after fashion designer Kate Spade committed suicide. The CDC also published a study this week about the rise in suicide rates in the U.S., which increased by 25% over the two decades. Many people pointed out the string of high-profile suicides and the CDC’s study as they reacted to Bourdain’s death.

“According to AFSP, there are nearly 45,000 suicides every year in the US. Shocking. I was saddened to hear of the deaths of Kate Spade and Anthony Bourdain. RIP. It illustrates that success is not immune to depression. We all need to be more aware of our friends who are suffering,” actor Bryan Cranston tweeted. 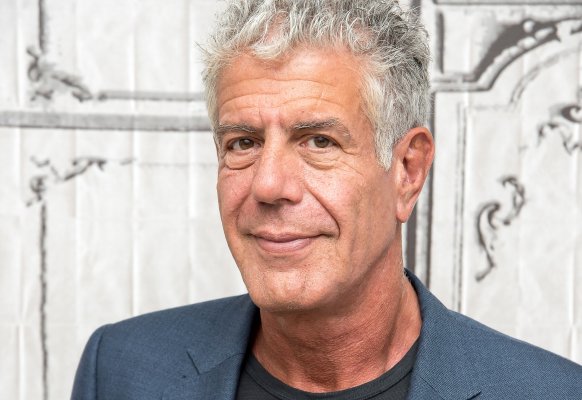 Anthony Bourdain Dead at 61
Next Up: Editor's Pick