After weeks of speculation, Pippa Middleton, Kate Middleton’s younger sister, has confirmed that she is pregnant.

Rumors of her first pregnancy began swirling in April, but Middleton waited until she made it through her first trimester to share her “happy news” — using her fitness column for a British grocery store magazine, Waitrose Weekend.

“This being my first pregnancy, I had so many questions I felt were still unanswered,” the 34-year-old wrote. “I wanted to know things like, would I strain if I served in tennis, are strokes of swimming safe, can I still do a normal yoga class if I avoided certain positions? Could I still work my abs?”

In the article, Middleton offers tips for other expectant moms, and suggests lunges, squats and reverse flyes as ideal exercises to stay healthy safely.

She also revealed she has been “lucky to pass the 12-week scan” without suffering the severe morning sickness that her older sister, the Duchess of Cambridge, experienced during all three of her pregnancies. “That meant I was able to carry as normal and continue my sports.”

Pippa married James Matthews, a 41 year-old hedge fund manager, in May 2017, with several members of the royal family in attendance, including the Duke and Duchess of Cambridge – Kate and Prince William – and the new Duke and Duchess of Sussex – Prince Harry and Meghan Markle.

People were quick to congratulate Middleton on news of her pregnancy.

Though some found the way Middleton chose to make the announcement amusing:

This won’t be the last we hear of Middleton’s pregnancy fitness regime, as she has promised to share her experiences every month in her column. 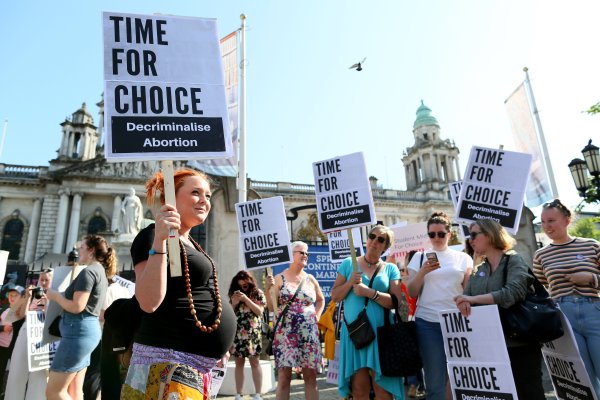 Why Ireland’s Abortion Result Is a Political Headache for British Prime Minister Theresa May
Next Up: Editor's Pick