“She believes her husband,” Giuliani said at a conference in Tel Aviv. “And she knows it’s untrue.”

The first lady’s spokeswoman reproached Giuliani for his comments on Thursday, CNN reports.

“I don’t believe Mrs. Trump has ever discussed her thoughts on anything with Mr. Giuliani,” East Wing communications director Stephanie Grisham told CNN in a statement.

When CNN asked the former mayor of New York for a comment on the response from the East Wing, Giuliani admitted he had never spoken to her about the affair, but that he stands by his initial comments.

“I don’t regret saying it because I believe it,” he told CNN.

“I’ve never interviewed Melania, there is no reason to,” Giuliani said. “I took it [Melania Trump’s statement] as she didn’t want to get involved and get called as a witness or anything like that.”

Giuliani is also facing criticism for comments he made about Daniels during the same encounter, claiming that she lacks credibility because of her chosen profession as an adult film star. Sex industry workers called Giuliani’s comments “dangerous and dehumanizing.” 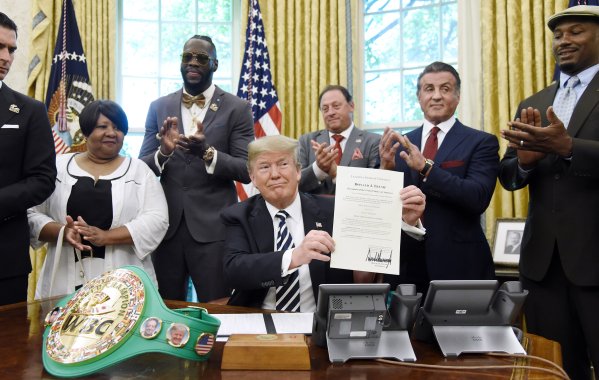 The Real Reason America's Founding Fathers Gave Presidents the Power to Pardon
Next Up: Editor's Pick