Why Republicans Can't Agree on Immigration

Speaker of the House Paul Ryan, R-Wis.,l in Washington on May 10, 2018
J. Scott Applewhite—AP
By Philip Elliott

When House Republicans lawmakers left the closed-door meeting about immigration on Thursday, they weren’t sure what comes next in a debate that has roiled the party and clouded House Speaker Paul Ryan’s future atop the caucus.

Some optimistic congressmen said they were going to work on a Republican-driven compromise measure that could make its way through the House by July. Others preferred a bipartisan plan to force a vote on a plan to fix the Deferred Action for Childhood Arrivals (DACA) program—over Ryan’s objections. Still others said Ryan, who is leaving Congress at the end of this term, is trying to line up one more big-win legacy item at the expense of his conservative flank.

So went yet another morning in the basement of the Capitol, with almost everyone decrying the current state of America’s immigration system and no one agreeing how to fix it. “There is no deal today,” said Rep. Mark Meadows, the influential chairman of the conservative Freedom Caucus.

Ryan is facing challenges from both flanks. Moderates are pushing an immigration plan that would provide protections for the 18 million young immigrants who came to the United States as young children and would offer a pathway to citizenship for others already here. Those moderates are joined by Democrats and political pragmatists, who read polling that shows so-called Dreamers have public opinion on their side.

Standing against them are those who call any such plans “amnesty” and show little sign of caring that Democrats plan to weaponize this issue in this fall’s elections. Some are true hard-liners on this issue, including members of the Freedom Caucus, while others do not see a scenario where President Trump could agree to such a proposal and may retaliate against lawmakers or immigrants who buck his demands. Without the backing of Meadows’ bloc, the House is essentially at a standstill on this issue if they want to do anything with only Republican votes. White House representatives at the meeting said Trump’s demands remain in place, including a hardline crackdown on immigration and a demand for a border wall.

There was no clarity on when a vote might come. Ryan said he was giving lawmakers space to find a solution. “Our new deadline is to not have a deadline,” Ryan said cheerfully. That talk ran directly counter to what others said coming out of the session. “The goal would be to have this done by the end of July,” Rep. Peter King of New York said after the meeting. Meanwhile, lawmakers who were trying to use a procedural gambit to force a vote over Ryan’s objections were looking at June 13 as a deadline.

Lawmakers need a simple majority of 218 members to circumvent the near-absolute power of Ryan and his Leadership Team to keep matters off the House floor. On Thursday afternoon those two-dozen Republicans were nearing that magic number to partner with Democrats and force a vote for the Dreamers, using what is called a discharge petition. A sudden flurry of support for the petition could trigger a leadership fight far more quickly than Ryan’s team anticipated.

Or maybe not. Ryan’s team noted that such votes can only take place on the second or fourth Mondays of the month, according to the House Rules Committee. And those votes require at least seven days of waiting time. Practically speaking, that means June 25 would be the soonest any vote on a measure not endorsed by Ryan could take place.

The race to replace Ryan loomed in the background. Inside the closed-door meeting, several lawmakers said they felt the hard-liners lean into talks more than they had before. Those skeptical of the Freedom Caucus’ sincerity and motives wondered aloud whether they were walking into a trap.

If Meadows and his pals were to sign onto this petition, it seems all but guaranteed most Republicans would have to support a full vote on the floor of the House. The so-called Dreamers would be protected and Ryan would come away badly wounded. It would be a betrayal of their hard-and-fast pledge to oppose loosening immigration rules—but it could topple Ryan and accelerate the leadership change atop the conference for which some hard-liners have begun clamoring.

That’s why many outside observers, especially donors who are begging lawmakers to protect the politically popular so-called Dreamers, were confused by the mixed signals. The moderates said the hard-liners had offered them a pathway to citizenship for Dreamers, perhaps through a newly created visa process. The hard-liners vehemently disagreed with this statement, throwing any goodwill into a tailspin.

“There is more consensus than not,” Ryan said.

Countered Meadows: “There is no consensus.” 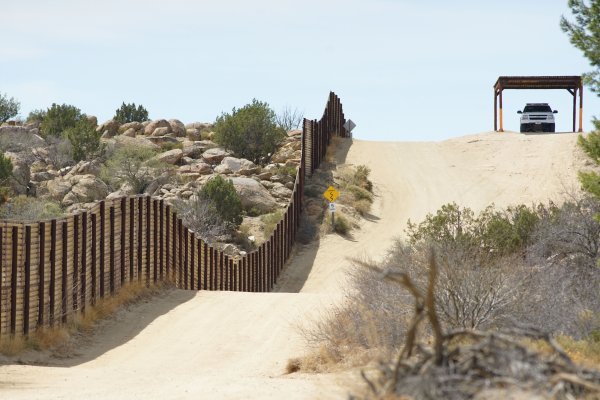