This Guy Snapped Some Spectacular Pictures of a Tornado in Wyoming (With His Phone!)

Wyoming resident Aaron Voos captured this impressive photograph of a tornado touching down outside his home near Laramie, Wyoming
Courtesy Aaron Voos
By Gina Martinez

A Wyoming resident captured some amazing images of a tornado touching down in the plains Wednesday.

The National Weather Service office in Cheyenne tweeted out a warning to residents asking them to take shelter.

“Tornado north of Laramie is still on the ground. As picturesque as it may look, we ask that you take shelter now. No picture is worth getting hurt.” the tweet read.

But that’s didn’t stop Aaron Voos from shooting breathtaking photos of the tornado on his phone, a Kyocera E6810 Duraforce Pro, as he was driving home.

“I am not normally a storm chaser,” Voos told TIME. “We live 7,200 feet over sea level so tornados are very rare. We see a lot of storms and lightning but never a tornado like that, thats for sure. Hopefully it’s the first and the last.”

Aaron Voos shared images of a tornado touching down on the plains outside Laramie, Wyoming on Wednesday
Courtesy Aaron Voos

The tornado touched down near Laramie, Wyoming just before 5 p.m. and was on the ground for 45 minutes, according to the National Weather Service.

Voos said the storm was far enough from his house that his wife and older son were able to leave instead of hunkering down. He said most neighbors did the same.

Despite the warning, the National Weather Service in Cheyenne posted several pictures and videos from residents who captured shots of the twister.

According to the Albany County Sheriffs Office, the tornado caused minimal damage to some structures, power poles, power lines, and fencing. There were no injures reported. 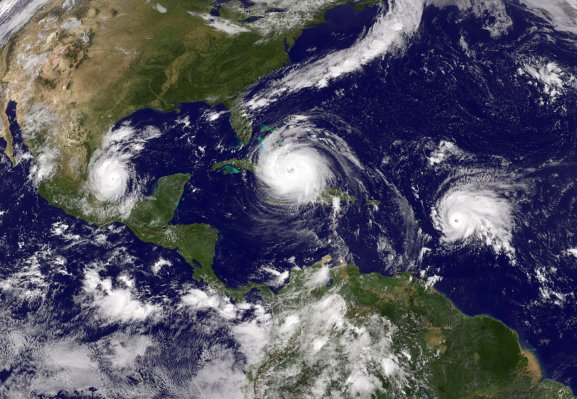 NOAA’s 2018 Hurricane Forecast Is Here. There’s a Good Reason to Trust It
Next Up: Editor's Pick