On Wednesday night, Beyoncé and Jay Z kicked off their highly-anticipated On the Run II tour in Cardiff, Wales, where they not only debuted their new show, but an image that many believed to be a new glimpse into the power couple’s life with their twins, Rumi and Sir Carter.

In an image that was displayed on stage alongside the captions, “Love is universal” and “Love never changes,” Beyoncé held a pair of babies; later, an image of Jay Z holding the same babies was also shown. Many assumed that this was the couple’s way of showing new images of their twins to the world (Rumi and Sir were officially introduced to the public via an epic Instagram on their mother’s account one month after their birth.)

Bey and Jay fans, however, should know that these babies, however, are apparently not to be confused with Rumi and Sir Carter. According to a comment from the singer’s rep to Buzzfeed, the pair of babies that Beyoncé is holding are not the heirs apparent to the Knowles-Carter dynasty. Which, of course, begs the question – if these two aren’t Rumi and Sir Carter, then who are these babies? We’ll file that question behind the many other pressing inquiries we have for the Knowles-Carters, right after “Who bit Beyoncé?” and “Who is Becky with the good hair?”

See images of Beyoncé and Jay’s first night on tour below. 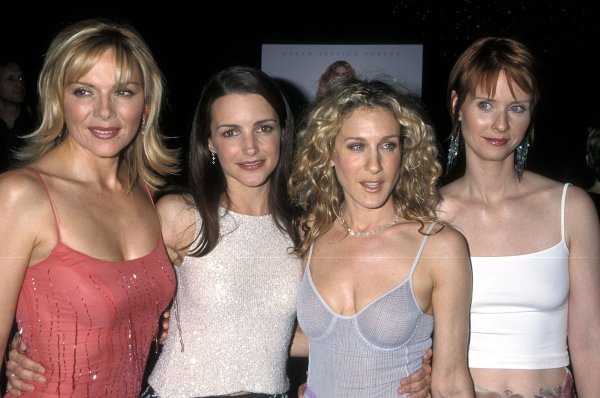 A Timeline of the Sex and the City Fallout Between Sarah Jessica Parker and Kim Cattrall
Next Up: Editor's Pick