While taking attendance for one of her theater classes in early May, Marjory Stoneman Douglas High School drama teacher Melody Herzfeld received a call.

The Tony Awards were on the line, and they told her she would receive a coveted award reserved for influential educators like herself. But she couldn’t tell anyone just yet, they said, so Herzfeld turned back to her class — stunned — and carried on with her plan for the day.

Herzfeld will receive the 2018 Excellence in Theatre Education Award at the 72nd Annual Tony Awards on Sunday — marking a positive start to the summer for her and her students after a difficult and life-altering past few months in the aftermath of the deadly shooting earlier this year. The honor comes from the Broadway League, the American Theatre Wing and Carnegie Mellon University, among other theater industry leaders, and includes a $10,000 prize for her school’s theater program.

“To be a teacher —who might’ve aspired to do something like this at one point in her life and found her true calling in producing and working with children, especially in high school — to have any significant light shed on that is really, deeply meaningful,” Herzfeld told TIME ahead of the Tony Awards and during the last few days of the school year at Stoneman Douglas High School in Parkland, Fla.

When the news of the award was announced two weeks before the show, Herzfeld’s students sprung with excitement in class. Five of them ran to the front office to deliver a school-wide announcement, and two of them scrambled to help their teacher answer texts and emails, Herzfeld recalled. “It was like Christmas in our room,” she said, “and finally seeing these kids with some real, true joy on their faces — it was as though they all had been given this amazing honor, too.”

Several months earlier, Herzfeld and more than 60 of her students hid in the school’s drama room for more than two hours as an expelled student opened fire at classmates and colleagues in the building just 50 yards away. The horrific tragedy, one of the deadliest shootings in modern history, left 17 students and faculty members dead and more than a dozen others injured. Some students rose up in protest, making their voices loud enough for lawmakers, celebrities and the rest of the country to hear. Others found their voices in artistic expression, and some kept quiet as they processed what had happened.

Herzfeld said she’s noticed how some of the students she’s worked with over the years have relied on art and music to help them navigate the tragedy. Cameron Kasky, one of her students who rose to the spotlight when he co-founded the student-driven March for Our Lives movement, is a self-professed theater kid who appeared to use his ability to tell stories in front of regional audience to advocate for gun control on the national stage.

Two of her other students, Sawyer Garrity and Andrea Peña, wrote an emotional song, titled “Shine,” when students had gathered with Herzfeld in the immediate aftermath of the shooting. Herzfeld encouraged them to finish it, and, eventually, the students performed it live at the school’s contentious CNN Town Hall less than two weeks later.

They reprised the song later in the spring at the March for Our Lives rally in Washington, D.C., and Brittani Kagan, a Stoneman Douglas alum and one of Herzfeld’s former students, created a touching video tribute using the song.

“They have to do service hours, they have to be philanthropic, they have to dedicate themselves to a cause,” Herzfeld said. “This is what we do now in America. So it was very natural for them to cling to this idea that we can be healed through the arts.”

After Herzfeld received her award at Sunday night’s Tony Awards, her theater students performed an emotional rendition of “Seasons of Love” from Rent — leaving many in the audience with tears rolling down their faces.

Herzfeld has been teaching at Stoneman Douglas since the 1990s and has seen her students grow up and follow their passions. Herzfeld grew up in Queens, New York, as a musical theater kid herself, and went on to study at the New York University Tisch School of the Arts. Her husband’s job eventually took her and her family to Florida, where she found the opening at Stoneman Douglas.

Certainly, no educator can imagine the horror of living through a school shooting. And for Herzfeld, the Parkland massacre reiterated how important her job was — that these kids needed her to be their rock.

“You know when you get on a plane and they say, ‘OK, put the oxygen on yourself first, and then help the person or child next to you?’” Herzfeld said. “Well, we’ve had the oxygen on the children. That’s been our goal for the last three months is making sure that they’re OK, and we know that this is our job first to put them first.”

This focus and attentiveness to her students in such a difficult time appears to be part of the reason top theater industry leaders wished to honor her.

“Melody is a true inspiration to her students and to all of us in the theater community and beyond,” said Broadway League president Charlotte St. Martin and American Theatre Wing president Heather Hitchens in a statement. “Theater is transformative — it has the power to celebrate the best of times, and it has the power to help heal us and comfort us in the worst of times.”

So on Sunday, students, teachers, parents and members of the Parkland community will gather once again — this time, to watch Herzfeld accept her award at the Tony Awards. And while the award brings joy to her and her students, Herzfeld can’t take her mind off of all that was lost.

“If we could just go back to February 13 and be the normal, everyday people that we were, we’d give it up in a heartbeat,” she said. “There’s nothing that can replace what we had on that day.” 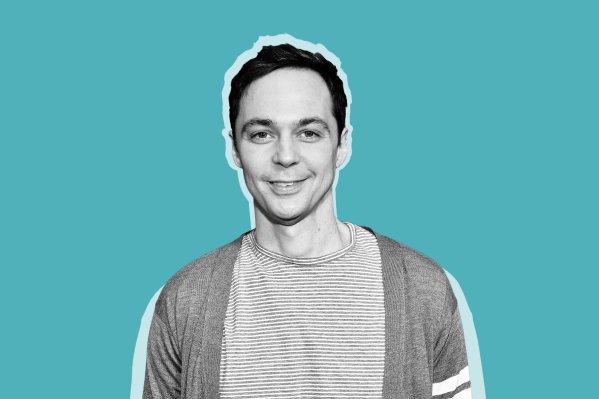 Jim Parsons Is So Much More Than Sheldon
Next Up: Editor's Pick