By the time Sabrina Gonzalez Pasterski was 13, she had learned how to fly a plane, built her own aircraft, and flown it solo. Since then, the aeronautical wunderkind’s academic career has similarly taken flight. Pasterski earned an undergraduate physics degree from MIT in three years with a perfect GPA and is now a Ph.D. candidate in physics at Harvard’s Center for the Fundamental Laws of Nature.

The theory of Pasterski: The Chicago native, whose work in high-energy physics theory was cited by Stephen Hawking in 2016, remains down-to-earth. In response to a viral meme that called her the next Einstein, she says, “No one will be Einstein. He was who he was.” Pasterski says she’s not about to accept rank among the world’s most groundbreaking physicists until she has actually, well, broken ground. “I’m not cool,” she says. “Not yet.”

Across the university: Pasterski is studying the nature of gravity and space-time—essentially working to clarify our understanding of how the universe operates. A paper she wrote on asymptotic symmetries and electromagnetic memory has already been added to Harvard’s grad-school curriculum.

Aerial inspiration: The opportunity to take flight lessons when she was 9 helped spark Pasterski’s interest in science. She originally dreamed of building spacecrafts and working for an aerospace company. But when she started interning for Boeing Phantom Works and NASA’s Kennedy Space Center while she was a student at MIT, she realized she’d rather learn more about the physics behind flight. “You get a sense of how things are connected to each other [when you build a plane], but you don’t necessarily know the science behind why it can fly in the first place.”

STEM Star: Advocates for STEM research across the globe know that this first-generation Cuban-American is poised to make her mark. Jeff Bezos offered Pasterski a standing job opportunity at his Blue Origin aerospace company, and Star Trek alum George Takei tweeted an article about her work to his millions of followers in 2016.

Sage advice: Pasterski says she’s gotten this far by measuring her success against her teenage self, not others in her field. “It’s humbling to admire your previous self and realize you’re the same person—you can [succeed] again.” 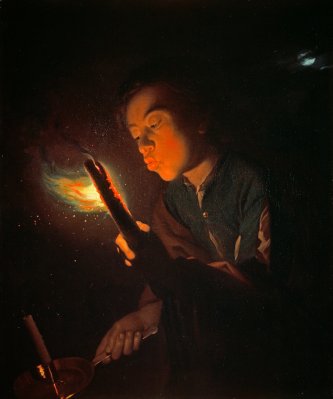 When Did Humans Discover Fire? The Answer Depends on What You Mean By 'Discover'
Next Up: Editor's Pick