Parkland Resource Officer Responds to Trump's Assertion He Was a 'Coward': 'He Doesn't Know. He Wasn't There'

The school resource officer who resigned in the wake of February’s shooting at Marjory Stoneman Douglas High School pushed back on President Donald Trump’s assertion that he was a “coward” for failing to apprehend the alleged shooter.

“He doesn’t know. He wasn’t there. It’s easy to make comments and say things in Washington, D.C.,” Peterson said during the second part of an interview with Today co-anchor Savannah Guthrie, which aired Wednesday. “You weren’t there. You didn’t know what I believed and what I assessed and what I heard those first few minutes on that scene. I think it’s just easy for them to make me the punching bag.”

Peterson drew widespread criticism in the aftermath of the shooting for neglecting to go inside the school during the rampage, a decision he has since defended. During the first part of his interview with Guthrie, which aired Tuesday, Peterson said he did not enter the building because he initially thought the shooter was outside the school.

“If I knew everything, I would have been in there and engaging that shooter,” Peterson added during the second part of the interview, maintaining that he followed proper protocol during the incident.

Peterson, who said the shooting will “haunt me for the rest of my life,” added that the criticism he has drawn from the likes of Trump, while “surreal” and “tough,” pales in comparison to the tragedy weathered by the families of the 17 shooting victims.

“It’s nothing compared to what these families went through,” Peterson said. “They lost their kids.” 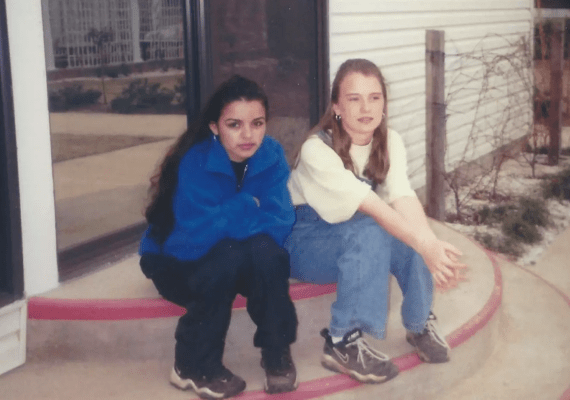 'We're Free.' Two Former Child Brides of an Apocalyptic Cult Speak Out
Next Up: Editor's Pick