Jimmy Kimmel has found a little ammunition to use as he warms up for his basketball game against Texas Senator Ted Cruz—a yearbook photo.

The throwdown between the late night host and the sitting U.S. senator started in May, when Kimmel joked that Cruz looked “like a blobfish” in a photo he tweeted of himself courtside at Game 7 between the Golden State Warriors and Cruz’s team, the Houston Rockets. Cruz tweeted that he felt “besmirched” by the comment and decided to challenge Kimmel to a one-on-one basketball competition with the loser making a donation to a charity of the winner’s choice.

“Once the NBA season is over, our lonely nation turns its eyes to a one-on-one basketball game between me and Senator Ted Cruz of Texas,” Kimmel said on Monday night’s episode of Jimmy Kimmel Live!. With the competition tentatively slated for Father’s Day weekend, which is quickly approaching, Kimmel has started to practice not only his hook shot, but in the long-standing basketball tradition, he has also been honing his trash talking. Not only did he revisit his blobfish comparison, he then shared Cruz’s high school yearbook photo with the world.

Kimmel knows he needs to practice his one-on-one skills, because Cruz’s yearbook reveals that he played varsity basketball in high school. Kimmel, on the other hand, played clarinet. Still, Kimmel is confident: “I can picture no scenario in which I lose this game to that greasy blobfish.” 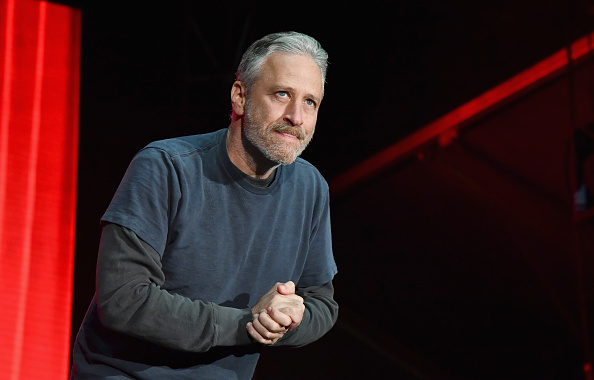 Jon Stewart Does Not Buy Trump's Samantha Bee Criticism
Next Up: Editor's Pick