A Cal Fire truck drives down a hill after checking a hot spot near Lower Lake, Calif.
Jeff Chiu—AP/Shutterstock
By Alix Langone

The blaze, known as the Stone Fire, started around 12:30 p.m. on Monday, but it is so far unclear how it began, according to local news station KABC.

240 fire fighters and fire personnel, as well as aircraft, were dispatched to the scene. Police told KABC the Stone Fire could consume up to 1,000 acres due to high winds and high temperatures.

The fire started north of Highway 14, near the 35000 block of Anthony Rd., which is now closed. The evacuations were ordered for residents of Anthony Rd. and the Sierra Highway.

The wind gusts fanning the flames were up to 20 mph, the National Weather Service told the L.A. Times, and forecaster Ryan Kittell told the newspaper the temperature was around 97 degrees on Monday when the Stone Fire began, making the area an “elevated risk” for a fire.

California has seen the number and severity of fires increase in recent years. CalFire keeps a map of fires happening throughout the state, and Google also runs a crisis map. 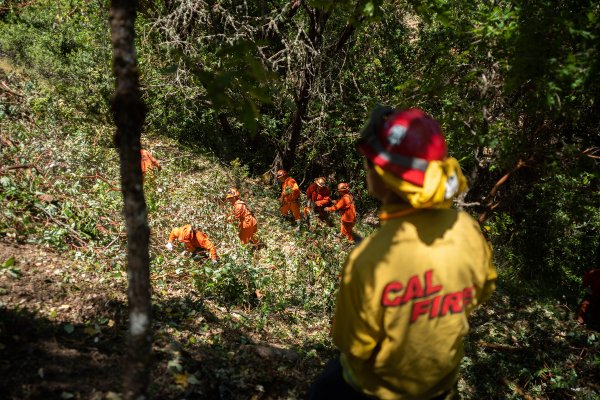 California Is Stepping Up Fire Prevention Efforts—But It Hasn't Fixed One of the Biggest Problems
Next Up: Editor's Pick