Muriel de Seze—Getty Images
Ideas
By Brian O’Connor
O’Connor is a professor of philosophy at University College Dublin and the author of Idleness: A Philosophical Essay.

From the age of Enlightenment onward, philosophers, political leaders and moral authorities of many kinds have tried to convince us that work is one of the most important opportunities for freedom. Through work, we can become a somebody, relish the esteem we gain, structure our lives and, while we are at it, contribute nobly to the common good. This is a strange brew of ideas, but one that has seeped deeper into our psyche than we may realize.

We develop a craving for recognition that is rarely satisfied. We need to be seen and admired, pushed along by a narcissism that doesn’t really believe in itself, but doesn’t know how to stop. We depend on the approval of strangers with needs of their own. Self-satisfaction proves elusive. If we are lucky enough to accomplish one thing, another seemingly compelling challenge — or even just an after-hours email — steps in to give us a new worry.

The ever-tightening connection between our work and our personal identity constricts even more. We come to believe that being idle at all is, somehow, the antithesis of freedom. But we would do well to think about idleness more, and rather differently from how we do.

Leisure today is, for many people, a glimpse at what it would be like to do nothing for more than a few hours. It is — or at least it used to be — downtime, lazing away, forgetting the bothers of the workplace. We use our allowance of paid vacation to recharge the batteries, address some level of emotional well-being… and gear up for a return to work. Leisure, in this way, is incorporated into the world of work. It is not a subversion of it.

And this is how many want it to be. Doing nothing at all, the thought goes, is good up to a point. But over-doing nothing is boring. In that light, modern work practices look just right. They respect, one might naively think, our natural moderate desire for idleness — paid vacation time — and the deeper need to keep ourselves busy.

It was not always this way. In 1963, the German writer Heinrich Böll published a fictional story of a visitor to a small fishing village somewhere in the West of Europe. His visitor carries with him the full conviction of the work ethic. Spotting an apparently lazy local fisherman resting in his boat, the visitor asks impatiently why the man doesn’t spend more time fishing, catching more, eventually building a lucrative multi-vessel business. With that effort, he could hope to work his way towards time away from work. It falls to the simple but not so naive fisherman to point out the irony of that recommendation. With no pressure to make something of himself, the fisherman is free — enviably so. He has what many seek: his own idle time. He has it by default. His circumstances may have been remarkably fortunate, yet Böll’s story captures a recognizable time when work was considered a necessary evil, second in value to other goods like friendship, rest and community.

It may be unrealistic to believe we could return to a world like that. And there are dangers of wishful thinking in believing such a world was ever successful in meeting the fundamental range of human needs — our emotional, material and intellectual needs. Our unqualified belief in progress especially affords it little credibility. There is nothing commendable about leaving all work to others, or in pretending that no level of work is essential to survival. Economic precariousness is not just dangerous to one’s health but also psychologically draining. (It is telling that a common perception of people out of work or down on their luck — that they are lazy — is infected with the supposed moral virtue of busyness.) In society today, we cannot forget these facts — and realize that it will be difficult to decouple ourselves from our deep socialization as useful workers.

Great philosophers have argued that we have nothing to learn from ways of life that exists outside the busy world of western civilization. But if we have some hunch that the world we have today demands too much effort in return for too little happiness, we could do worse than to see what we can learn from those other forms of living. The potential in idleness for greater freedom seems worth the exploration. Or at least an attempt to think about what prevents us from truly doing nothing right now. 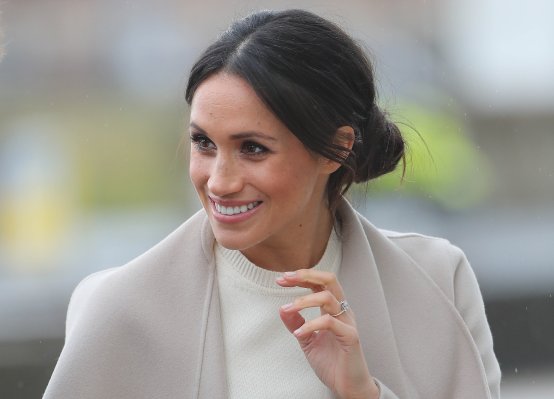 The Town Hosting Meghan Markle's First Solo Event With the Queen Has a Troubled History
Next Up: Editor's Pick