Serena Williams and Maria Sharapova will go head to head across the net again on Monday, renewing their longtime association as opponents.

And during her post-match press conference following Williams’ defeat of Julia Görges on Saturday, the 23-time Grand Slam champion fielded a question about Donald Trump’s analysis of a 2004 match against Sharapova.

Inside Tennis’ Bill Simons asked Williams about Trump’s alleged comments from 2004 that Sharapova’s “shoulders were incredibly alluring” and that Williams was “intimidated by her supermodel good looks.”

That was 2004 and this is now, when Trump is President, but Williams wasted no time exercising control over the question like she had just done on the court.

“I honestly don’t have any thoughts about that. I can’t say I have been intimidated by anyone. That’s all. That’s it,” she reportedly said in response.

For Simons’ part, he wrote “Serena understandably didn’t want to comment on that.”

Here’s a transcript of a part of the exchange.

Simons took to Twitter to apologize for the question on Sunday.

Williams has consistently vanquished Sharapova, and the two will play against each other in the highly anticipated Round of 16 at the French Open.

This isn’t the first time that Williams has made her feelings known with sports reporters. At the 2017 Australian Open, she demanded an apology form a reporter who called her performance “scrappy,” and shut down another reporter who asked why she wasn’t smiling when she defeated her sister, Venus Williams, in 2015. 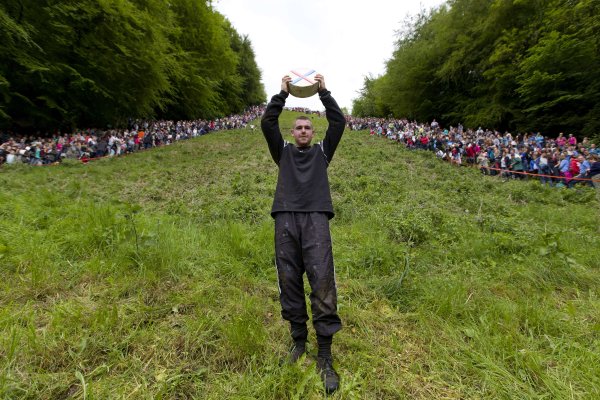 Video Shows Extreme Cheese Fans Rolling Down a Dangerous Hill for a Lot of Cheese
Next Up: Editor's Pick