Review: Ye Is an Uneasy Look at Kanye West’s Life as a Walking Contradiction

Kanye West’s projects since he teamed up with his now-wife Kim Kardashian West in 2012—the abrasive Yeezus, the sprawling The Life of Pablo, the series of personal appearances punctuated by top-of-the-head singles—have had varying stylistic contours. The one thing they’ve consistently focused on is contrast: Light and dark, ugly and beautiful, self-aggrandizing and self-loathing.

West is perhaps uniquely qualified to grapple with this. In the public mind of 2018 he is “Kanye,” shorthand for an outspoken black man who says a lot of outré things in a world still struggling mightily with its racial politics, who Barack Obama has called a “jackass,” and who’s married to a similarly polarizing figure. (Among other things.) He’s also Kanye West, rapper and producer born in Chicago, happy when he’s eating ice cream. The back-and-forth between “Kanye” and the public can be excruciating to watch unfold in real time, particularly when it deals with topics like mental illness and opioid addiction, and even moreso when it touches even more volatile third rails like President Donald Trump. It’s perhaps most disheartening when it crosses onto platforms that take the wink-and-nod approach to any subject they tackle—your TMZs, your 24-hour news networks, your drive-by Tweeters looking for an excuse to blow off steam—and erase the humanity at the star’s nucleus.

But West didn’t reach his exalted position because he went on a reality show with no interest in making friends. He was an innovative producer who minted hits, both for himself—the Ray Charles callback “Gold Digger,” the dreamy “P.Y.T.” flip “Good Life”—and for others, like former confidante Jay-Z and pop megastars Rihanna and Paul McCartney. This year, in addition to his gossip-blog-poking appearances, he returned to music, “chopping samples from the sunken place” (as he said on Twitter—he apparently meant Jackson Hole, Wyoming) on albums for himself, as well as other artists in his G.O.O.D. Music stable.

Ye, West’s eighth solo album and the second in this pre-summer flurry, was launched at a splashy listening party in Jackson Hole on Thursday. West collected boldfaced names and influencers in order to hear the record around a campfire. It opens in the dark; the first track is unnervingly called “I Thought About Killing You,” and it opens with West in monologue, his voice stretching and shifting as he talks about murder and suicide over watercolor synths. “I think this is the part where I’m supposed to say something good to compensate it, so it doesn’t come off… bad,” he says, then chuckles mirthlessly before his voice is pitched to an even lower point, so as to emphasize the “really, really, really bad things” knocking around his brain. (Think American Psycho where the exalted business cards are flaunted on Instagram.) Those impulses recede, but linger over the rest of the record.

Sonically, Ye resembles Pablo but, perhaps appropriately given its terse title, more stripped-down, with the occasional pitch-shifted voice dropped in to add uneasiness. Ye doesn’t deviate too much from the lyrical concepts of Pablo—it blends the trivial and the life-or-death like on the darkened-club “Yikes,” where he declares his bipolar syndrome (which he calls out on the scrawled-on-iPhone-pic cover) to be his “superpower” and compares the U.S.-North Korea tensions to his long-simmering beef with Wiz Khalifa. “Wouldn’t Leave” is a love song that doubles as an apology to his wife; closing track “Violent Crimes,” which features a shoutout to and cameo by fellow stratosphere-dweller Nicki Minaj, draws from the “I respect women more now that I have daughters” well that’s simultaneously frustrating and a relief. But it wouldn’t be a Kanye album without fundamental contradictions to the very end. 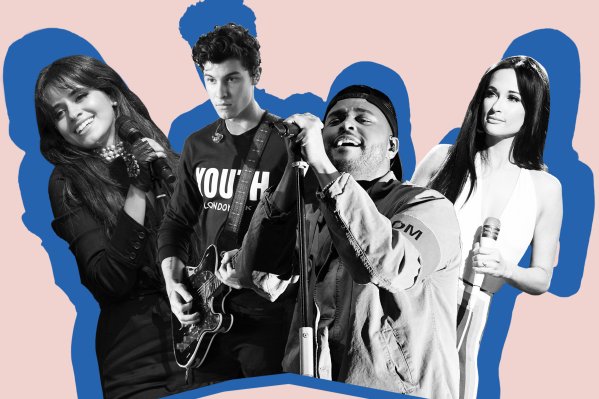