Samantha Bee has apologized for describing First Daughter Ivanka Trump by using a crude euphemism for a female body part, saying her comment on Full Frontal with Samantha Bee was “inappropriate and inexcusable.”

“I crossed a line, and I deeply regret it,” Bee said in the statement shared on Twitter.

The apology came hours after White House Press Secretary Sarah Huckabee Sanders spoke out out the comment. “The language used by Samantha Bee last night is vile and vicious. The collective silence by the left and its media allies is appalling,” Sanders said in a statement to TheWrap.

Bee, who hosts Full Frontal with Samantha Bee on TBS, was referring to a photo that Ivanka Trump tweeted on Sunday showing her cuddling with her toddler son Theodore. Bee juxtaposed it with a U.S. immigration policy that allows border security officials to separate children from their parents if they are caught crossing over into the U.S. (The policy itself had been the subject of rancorous confusion following a misleading viral news story.)

“Y’know, Ivanka, that’s a beautiful photo of you and your child, but let me just say, one mother to another: do something about your dad’s immigration policies, you feckless c***,” the comedian said Wednesday during a monologue on her show. “He listens to you. Put on something tight and low-cut and tell him to stop it.”

In her statement, Sanders went on to suggest that the executives responsible for Bee’s show should take action about the matter.

“Her disgusting comments and show are not fit for broadcast, and executives at Time Warner and TBS must demonstrate that such explicit profanity about female members of this administration will not be condoned on its network.”

TBS did not immediately return TIME’s request for comment.

Sanders is far from the only one upset about the episode. Just hours before Bee’s monologue, ABC had announced that it was canceling its reboot of Roseanne after its star, Roseanne Barr, posted a tweet comparing Valerie Jarrett, an advisor to President Barack Obama, to an ape. Commentators on the right were swift to suggest a double standard among television networks. 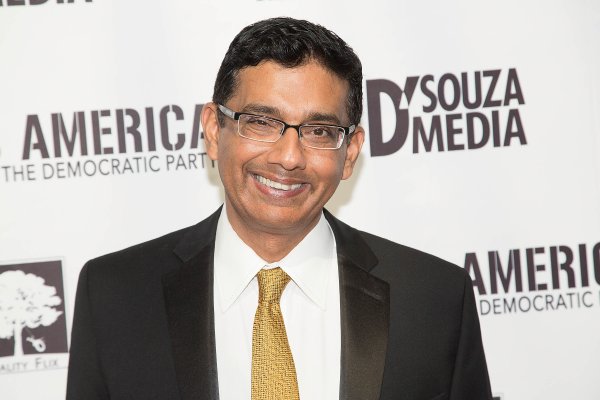 Who Is Dinesh D'Souza, The Man Pardoned By President Trump?
Next Up: Editor's Pick