The U.S. Pacific Command Gets a New Chief and a New Name

In addition to a new chief, the U.S. military command for Asia and the Pacific region received a new name on Wednesday. The U.S. Pacific Command will now be called the U.S. Indo-Pacific Command, a mostly symbolic shift meant to recognize India’s growing importance to the Pentagon, Reuters reports.

Speaking during a change of guard ceremony in Pearl Harbor, U.S. Defense Secretary Jim Mattis attributed the renaming to growing connectivity between the Indian and Pacific Oceans.

“Relationships with our Pacific and Indian Ocean allies and partners have proven critical to maintaining regional stability,” he said in prepared remarks, according to Reuters.

The Trump administration adopted the term “Indo-Pacific” last year during the president’s visit to the region, which was previously mostly referred to as the Asia-Pacific.

Admiral Philip Davidson will take over leadership of the newly renamed command of 375,000 civilian and military personnel responsible for all U.S. military activity in the Pacific region. His predecessor, Admiral Harry Harris, is President Donald Trump’s nominee as ambassador to South Korea.

Read More: ‘We’re Ready, if Our Nation Calls.’ A Top U.S. Navy Commander in the Pacific on China, North Korea and More

The Pentagon said the command will retain the same mission, ensuring “security and stability in the region from the coast of Africa to the coast of California and all points between.”

Adm. Davidson assumes leadership amid several pressing defense challenges, including China’s increasingly assertive presence in the South China Sea, and attempts to salvage an on-again-off-again summit between North Korea and and the U.S. that could be held on June 12.

In a handover speech Wednesday, Harris said that while North Korea is the U.S.’s “most imminent threat,” China “remains our biggest long-term challenge.”

“Without focused involvement and engagement by the United States, and our allies and partners, China will realize its dream of hegemony in Asia,” he said. 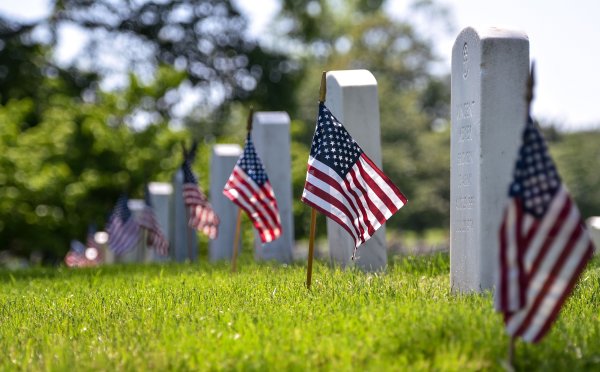 Arlington National Cemetery Is Running Out of Room
Next Up: Editor's Pick