After a racist tweet prompted ABC to cancel her show, Roseanne Barr jumped back on social media to apologize to cast members who lost their jobs.

“I just want to apologize to the hundreds of people, and wonderful writers (all liberal) and talented actors who lost their jobs on my show due to my stupid tweet,” she wrote on Tuesday night.

Earlier Tuesday, the controversial 65-year-old actress tweeted that former White House adviser Valerie Jarrett, who is black, was the product of a combination of Planet of the Apes and Muslim Brotherhood.

“muslim brotherhood & planet of the apes had a baby=vj,” she wrote in the since-deleted tweet.

Barr later apologized for “making a bad joke” and said she was going to leave Twitter. 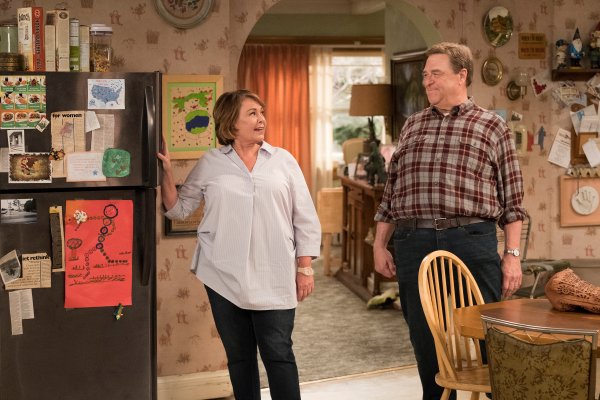 Why Did It Take So Long for America to See Who Roseanne Really Was?
Next Up: Editor's Pick