Tired of fake accounts and pornography spread via Facebook, Papua New Guinea has become the latest country to take umbrage with the social media giant. The government of PNG says it is shutting off the country’s access for one month, Papua New Guinea’s Post-Courier reports.

The temporary shutdown will allow researchers to comb through Facebook and analyze who is using the platform and how, according to a government official.

“The time will allow information to be collected to identify users that hide behind fake accounts, users that upload pornographic images, users that post false and misleading information on Facebook to be filtered and removed,” Communications Minister Sam Basil told the Post-Courier.

“This will allow genuine people with real identities to use the social network responsibly,” he added.

By blocking access to Facebook, the government will also be able to assess if the country is better off with or without it, Basil added. He also suggested the possibility of creating a homegrown equivalent that would require genuine profiles.

“We can gather our local applications developers to create a site that is more conducive for Papua New Guineans to communicate within the country and abroad as well,” he said.

Basil also said police are being trained to better enforce a Cyber Crimes Act passed in 2016.

It’s unclear when the ban will go into effect, or why the blockage was deemed necessary to study the use of Facebook.

Facebook told the Washington Post that the company has reached out to PNG officials “to understand their concerns.”

Facebook has increasingly come under fire around the world, including over data privacy, the weaponization of disinformation, and accusations that the platform helped fuel ethnic cleansing in Myanmar. Facebook CEO Mark Zuckerberg has fielded questions from frustrated lawmakers and regulators in the U.S. and in Europe.

In March, Sri Lanka blocked access to Facebook for a week in an attempt to stop the spread of hate speech perceived to be amplifying mob violence.

While in many developing countries Facebook holds a virtual monopoly over the dissemination of information, in PNG just 10% of the country has access to the internet. Facebook is nevertheless catching on there, with between 600,000-700,000 active users by some counts. 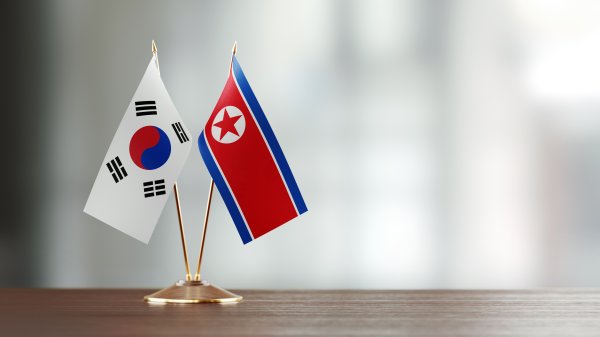 Korea Expert Victor Cha on the Propsect of Peace for the Peninsula
Next Up: Editor's Pick