“What we’ve said to our board, to our shareholders, is that we are deeply committed to making this a part of everything we do,” Schultz told CBS This Morning.

Schultz’s TV interview came just hours before more than 8,000 Starbucks stores close for the afternoon to conduct racial bias training. The intervention comes after a white Starbucks manager called the police on two black men for sitting in a Philadelphia store without purchasing anything in April. The two men — Donte Robinson and Rashon Nelson — were both arrested and went on to settle with the city for $1 each with the promise of setting up a $200,000 scholarship program for young entrepreneurs.

Schultz confirmed the company paid the men a settlement as well as offering them college scholarships. He would not disclose how much they were paid.

Schultz and other Starbucks leaders have participated in the program already, he told CBS This Morning, and the company plans to globalize the training and make it a part of the on-boarding process for new employees. Some critics of the program have said it could be seen as a PR stunt – an attempt to alleviate bad blood between the company and customers upset by the incident in Philadelphia. But Schultz said the program begins a longterm commitment from leadership to addressing the issue further.

“We could’ve spent marketing dollars a lot different than something like this,” he told CBS This Morning.

“This is not an expense,” Schultz added. “This is an investment in our people, in our way of life, in our culture and our values.”

The company will release more details about their training program after Tuesday. The curriculum was developed with the help of former U.S. Attorney General Eric Holder, Anti-Defamation League CEO Jonathan Greenblatt and Sherrilyn Ifill, president and director-counsel of the NAACP Legal Defense and Education Fund. Employees will watch a number of videos (with one featuring rapper Common), participate in discussions and be given booklets in which they can reflect on their own biases.

Social scientists and researchers who spoke with TIME said they aren’t sure whether one half-day of training will produce significant results. If Starbucks is serious about confronting racial bias, it will require commitment from leadership, as well as structural and systematic changes at stores, researchers told TIME.

In recent weeks, Starbucks changed its policy to now allow people to sit in its stores and use its bathrooms without having purchased an item or a drink. That kind of change, one social scientist told TIME, could give fewer chances for employees to act on their unconscious biases and thus create a safer environment for more people.

“We’re living at a time in America where there’s a fracturing of humanity, and we have an opportunity given the fact that we have stores in every community in America, to begin a very important conversation,” Schultz told CBS This Morning. “We’ve been in business for almost 50 years, this is probably one of the most important transformational moments in the history of our company, and we’ve taken it very seriously.” 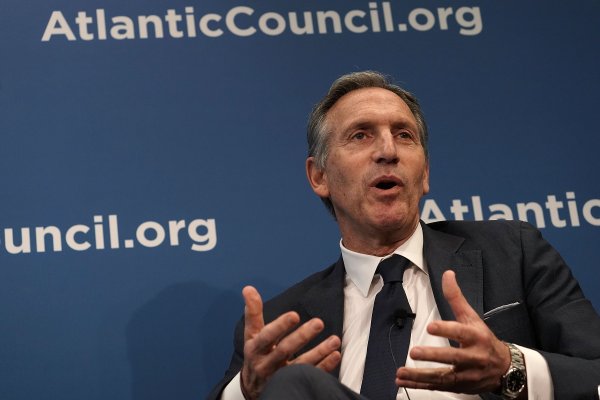 Starbucks Bathrooms Will Be Open to All After Controversial Arrest of 2 Black Men
Next Up: Editor's Pick