A Valedictorian Was Barred From Delivering His High School Graduation Speech. He Spoke by Megaphone Instead

The valedictorian of Holy Cross High School in Covington, Kentucky, planned on delivering a graduation speech about the power of young voices on Friday, but he was barred from doing so after church leaders said his speech was “inconsistent with the teaching of the Catholic Church.” So he went outside after the ceremony and delivered it by megaphone instead.

“I didn’t think it was very polarizing. It was, like, about empowerment through youth,” Bales told local TV station LEX18.

His speech praised the activism of his classmates who responded to the shooting at Marjory Stoneman Douglas High School in February, fought to relocate the memorial to Confederate leader Jefferson Davis memorial at the Kentucky state capitol, and participated in the anti-abortion March for Life in January.

“‘The young people will win’ is a mantra that I’m sure many of you have heard if you’ve been attentive to the media recently,” Bales said in his speech, which was shared in full by Cincinatti station WCPO. “It’s a phrase adopted by the prolific Stoneman Douglas teenagers who are advocating for an agenda — our rights to feel secure as humans. We frequently see these individuals behind a computer screen, and therefore we see them as a separate body from us. However, they possess the same capabilities as us graduates. As we enter into the real world, we must remember that we have a voice.”

“‘The young people will win’ because we’re finished being complacent,” he added toward the end of his speech. “There’s a misguided notion that wisdom is directly proportional to age, but we’re disproving that daily. Sometimes the wisest are the youngest in our lives, the ones who haven’t yet been desensitized to the atrocities of our world.”

Katherine Frantz, the student council president and salutatorian, was also barred from delivering her speech on Friday. “Christian and I have worked for four years to earn the right to speak as valedictorian and student council president at graduation,” Frantz wrote in a column for the River City News. “I was shocked and upset when that honor was taken away from us on the morning of graduation.”

Many students and parents spoke out against the school’s decision.

“The student speeches for the Holy Cross High School graduation were not submitted for review before the deadline. When the proposed speeches were received, they were found to contain elements that were political and inconsistent with the teaching of the Catholic Church,” Tim Fitzgerald, spokesperson for the Diocese of Covington, said in a statement, according to local TV station LEX18. 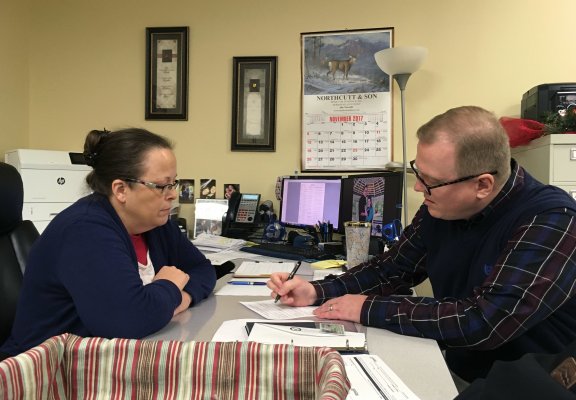