Ashley Judd: What Harvey Weinstein's Arrest Does — And Doesn't — Change for the #MeToo Movement

When the news broke that Harvey Weinstein would be surrendering himself on rape and sexual assault charges, I didn’t have a reaction. As I spoke with others for whom the ground was shaking I realized my feeling was that a sexual predator being legally accountable for criminal behavior is and should be normal, routine and not particularly newsworthy. And I also understood why it is thunderous news.

In fact, both reactions ring true. The criminal justice system should function efficiently and swiftly, apprehending and punishing any and all sexual predators, whatever their social status and power quotient. And in this moment, in this era, that a powerful man who thrived and flourished in a culture of impunity was arrested and charged is resoundingly significant. It is a watershed event, an irreversible pivot away from tacit and explicit license to exploit to a ground of firmer boundaries and clarity about intolerable behavior no longer being tolerated.

I was hopeful Harvey would plead guilty, that his surrender was volitional, so that in addition to carving out a singular position of disgrace, he could come forward as the predator who walks out of shame onto a new path of humility, introspection, accountability and amends, thereby leading our men and country in the necessary and inexorable of trajectory of restorative justice. It seems that Harvey, though, will not be the person to do that, as he is pleading not guilty and still maintains, in the face of so many accusations that all sex was consensual. Denial can stand for “I don’t even know I am lying,” and it appears that is where Harvey still lives.

So as these current steps of justice in New York City unfold, and the system does its necessary and important thing, we still wait for an accused who can and will embody what the #metoo movement and our society needs and wants: someone who can navigate the duality of having aggressed and address their abuse of power with culpability and integrity. Restorative justice is also dual; in order for survivor-victims and society to embrace and restore the reformed, the reformed must have been genuinely transformed, shedding layers of toxic masculinity, exiting the denial/apology tour and standing in a new and collective space where both the person is and the narrative are made whole and unified. 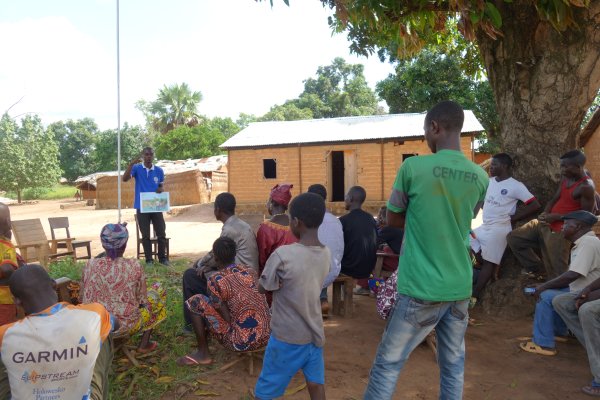 Why Child Soldiers Rarely Stay Free for Long in the Central African Republic
Next Up: Editor's Pick