Sen. Warren: Trump’s New Proposal Is Another Attempt by the Government to Control Women’s Bodies

The Trump Administration is trying to turn back the clock on women’s healthcare and reproductive rights. Not too long ago, women could be charged more for health insurance than men, just because they were women. Big insurance companies could deny women maternity coverage if they decided that prenatal care cut into their profits. There were no federal requirements that companies allow a woman to take leave from her job to care for a baby, so when a woman got pregnant, she risked losing her job to care for her newborn. And if a woman wanted to avoid pregnancy, insurance companies could decide that they didn’t want to cover the cost of birth control, leaving her to pay for contraception out of pocket.

All that has changed — but President Trump and his right-wing buddies are champing at the bit to go back to a world where politicians meddled in a woman’s personal health decisions. Last week, the president proposed reviving a Reagan-era rule that targets the Title X family planning program. The rule is a multi-pronged attack on women. First, it threatens Title X patients’ access to medically accurate information by restricting what providers can tell patients about abortion services — even when patients directly ask for that information. Second, it loosens Title X’s quality standards, making it easier for unqualified providers — like deceptive crisis pregnancy centers — to take part in the program. And third, it deliberately targets Planned Parenthood, one of the largest providers of Title X services. Title X doesn’t fund abortions and never has. But the rule would require Title X providers that perform abortions to do so in “physically separate facilities”— raising providers’ costs in an effort to force them out of the program.

Let’s be clear: the gag rule the president has proposed is not about improving women’s health care. Title X health clinics provide birth control, cancer screenings and HIV tests to over four million Americans. In 2016 alone, Title X health centers provided 720,000 medical exams for women, nearly one million breast exams and over one million HIV tests. The president’s new rule would put much of this life-saving care at risk. The impact of the rule will fall hardest on women who are already struggling. The overwhelming majority of Title X patients have family incomes below the federal poverty level and many don’t have health insurance.

We’ve never had an abortion gag rule here in America, but we’ve seen Republican administrations, including the Trump Administration, force the gag rule abroad. The impact has been devastating. Past global gag rules have stopped women around the world from getting the reproductive and maternal health care they need, like contraception, cancer screenings and pregnancy check-ups. It’s made women more likely to have unplanned pregnancies. And, in a point that should be underlined over and over, it is associated with increases, not decreases, in the number of abortions that take place worldwide. Now, President Trump wants to inflict these consequences on women in America, too.

The gag rule is also a direct attack on Planned Parenthood. Because Planned Parenthood serves the contraceptive needs of 40% of all Title X patients, the impact of cuts is not hard to track. When Texas cut funding for Planned Parenthood in 2011, teen birth rates and abortions rose, while thousands of women went without reproductive health care.

The new Title X rule is right-wing ideology disguised as health policy. President Trump and Vice President Pence are trying to control women and shut down Planned Parenthood and other Title X providers that offer critical reproductive healthcare. They may think they’ve won this battle, but when it comes to the fight for reproductive rights, we will not be silenced – we will march, we will protest and we will persist. 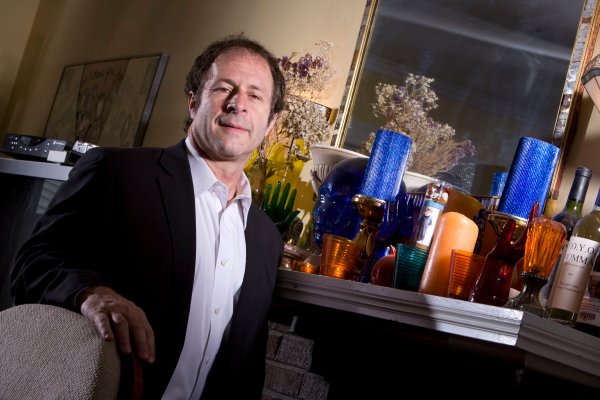 How the War on Drugs Has Harmed Veterans With PTSD
Next Up: Editor's Pick