The year’s best television so far was in several cases drawn from literature — from a Showtime miniseries drawn from a modern classic of class commentary to a Hulu adaptation of narrative nonfiction about the road to 9/11 to a BBC America action series based on a collection of thrillers. It makes sense: In a somewhat slow year so far for truly great TV, what’s stood out are shows that are as immersive as the best of literature. The best television in the first half of 2018 created worlds that are enough like our own to be recognizable, but suffused with compelling and original detail.

This adaptation of the semi-autobiographical novels by Edward St. Aubyn brings to the screen unaltered the author’s distaste for Britain’s idle rich. Patrick (Benedict Cumberbatch) has achieved little in life precisely because the class into which he was born views striving as gauche. What’s changed from the novels, though, is precisely how visceral each moment is. Cumberbatch, so often tetchily calculated onscreen, pulsates with need as he recalls past abuses suffered at his father’s hand or looks forward to his next high. When Patrick Melrose makes the turn into depicting his recovery, a piece of social satire develops into a frank story of one man’s struggle to be better than his past. It’s too vulnerable and plainspoken to fit into what we think of as the best of British period drama—which is what makes it as special as its protagonist, a man who fits in nowhere and whom viewers won’t soon forget.

A still from the Netflix docuseries 'Wild Wild Country'
Netflix

The true-crime sensation of the first half of 2018 was an unusually clever telling of a story that, somehow, society has forgotten: the saga of Rajneeshpuram, an intentional community formed by devotees of a mystic teacher and occupying land legally purchased in Oregon in 1981. That Rajneeshpuram had a right to exist didn’t mean it would necessarily coexist comfortably with locals who saw their surroundings change rapidly as the Rajneeshees asserted their presence boldly. The story’s evolution into one in which, regrettably, no one is precisely in the right makes for compelling if occasionally slow viewing. Ma Anand Sheela, a true believer who effectively led the commune and whose leadership included poisoning locals with salmonella, is a striking figure in her interviews for the documentary, regretting nothing and unwilling to yield an inch of ground.

The reboot of the long-running reality hit—some two years after it left the air on its former network, Fox—may have seemed unnecessary at first. But the show has worked out the kinks of an old formula while keeping the essence of a rock-solid format. Gone is the plodding lack of momentum that came with a once-weekly elimination; instead, the show moved briskly towards its conclusion, letting us get to know singers without growing tired of them. And all three judges excelled at sharing empathetic, thoughtful feedback, particularly Katy Perry, whose spiky insights and grinning taste for mischief gave contestants a master class in what it really takes to be a star for the social-media age.

J.J. Totah as Michael and Mindy Kaling as Priya in 'Champions'
NBC

Mindy Kaling’s warm and witty new sitcom is set at a Brooklyn gym owned by a pair of adult brothers (Anders Holm and Andy Favreau), but its real star is a glitteringly witty teen boy—and he knows it. The show’s laboriously explained premise is that Michael Patel (J. J. Totah), a 15-year-old openly gay teen, is forced to move in with his biological dad (Holm), whom he’s never met, in order to attend performing-arts high school. The show is sharper than its overly expository first moments; once the reason Michael is living with two aging bros is out of the way, it’s his stage to own. Michael is a sharp comic creation, with the vocabulary of a longtime theater devotee but the quailing innocence of a kid who still has a lot to learn. The mix of precociousness and real-kid energy brought to mind Lisa Simpson—with a dose of freewheeling energy that’s perfect for a moment at which out queer kids are more visible than ever. The show’s future is uncertain, but it deserves more time to shine.

This grim story about the road leading to the events of Sept. 11 is occasionally frustrating viewing, as turf wars between the CIA and FBI blot out what’s on the horizon. The show’s methodical approach to dissecting the intelligence-gathering process brings to mind Zero Dark Thirty — the great film that looked at the aftermath of 9/11. Relentless but never showy, The Looming Tower is a worthy companion piece.

Elisabeth Moss in Season 2 of 'The Handmaid's Tale'
Hulu

The ambitious first season of this Margaret Atwood adaptation, a zeitgeist hit, began promisingly but ran into serious issues, among them a major tone problem that saw moments of weird levity studding the proceedings. The show has solved those by leaving the text of the novel behind and evidently deciding that providing false hope was no longer worthwhile, a decision that makes the show more fully itself. The colors on the show’s palette now include alternating resignation, rage, supplication and subversion; Elisabeth Moss continues to excel, but glimpses of the world beyond her have grown yet more intriguing, too. The challenge for a show that’s basically left hope behind—and, for the moment, become a vastly more powerful and provocative statement for it—is finding a way out of the darkness. As good as this season has been, one hopes that will come soon.

The inventiveness of Atlanta’s second season has managed, startlingly, to outpace the high mark set by its first outing. While not every half-hour has been entirely effective, the moments when Atlanta connects are unlike anything else I’ve seen—like “Teddy Perkins,” an installment examining the wages of fame through the story of Perkins (show creator Donald Glover), an eerily mask-faced monster living in seclusion and fueled by his memories. The episode made use of clear and obvious allusions to the look and legend of Michael Jackson, but its story went beyond that to examine pain passed down through generations by abuse, and the power of memory to keep one trapped in time. Atlanta isn’t perfect—when it leaves its more fantastical trappings behind and assays any woman who is not the protagonist’s on-again, off-again girlfriend Van (Zazie Beetz), it tends towards the stereotypical, for instance. But the way this show uses vivid imagination to capture painful realities is masterful.

Locked in a toxic pas-de-deux, MI5 desk jockey Eve (Sandra Oh) and globetrotting agent of evil Villanelle (Jodie Comer) hunt one another. Eve, whose skills, we sense, have never been fully exploited by the intelligence agency for which she works, comes to feel empowered and effective as her intuitions about Villanelle tend to prove right. And Villanelle, one of the most delightful TV baddies in recent memory, takes gruesome pleasure in toying with the agent on her tail. The show assays two very different types of female power, and does so with both edge and heart. 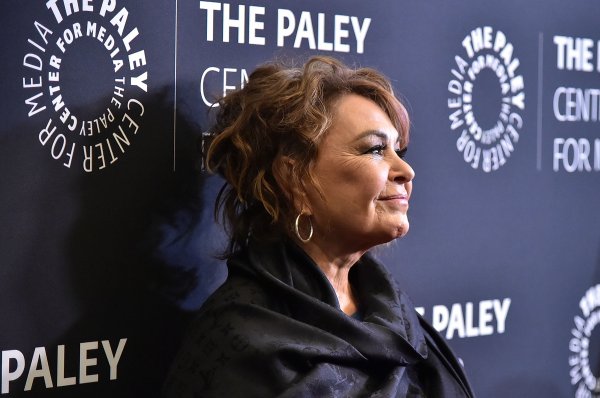