Lawyers are trying to save the life of a Sudanese teenager sentenced to death for killing her husband while he tried to rape her. As the defense team appealed the court verdict on Thursday, a global petition has gained over one million signatures, as well as celebrity backing.

The case has called attention to issues around forced marriage and women’s rights in Sudan, where girls as young as 10 can be legally married and courts do not consider marital rape a crime, according to Human Rights Watch.

When she was 15 years old, Hussein’s family married her to an older man, but she ran away to her aunt’s house, CNN reports. Three years later, her father forced her back into her husband’s family.

After Hussein refused to have sex with the man, he raped her while his brother and cousins held her down, according to CNN. When the man attempted to rape her again the following day, she stabbed him to death. Her own parents turned her over to the police.

Hussein’s lawyers submitted evidence of her struggle, including bite marks on her shoulder, cuts on her hand and a broken bed. The husband’s family denied the rape allegation, citing the couple’s marriage. The court found Hussein guilty and sentenced her to death by hanging.

“Noura and indeed the women and girls of Sudan have too often been treated as chattel to be traded and given away as though they are property,” activists with the Justice for Noura campaign said in a statement. “Here today, united and in one voice we wish to say — enough!” 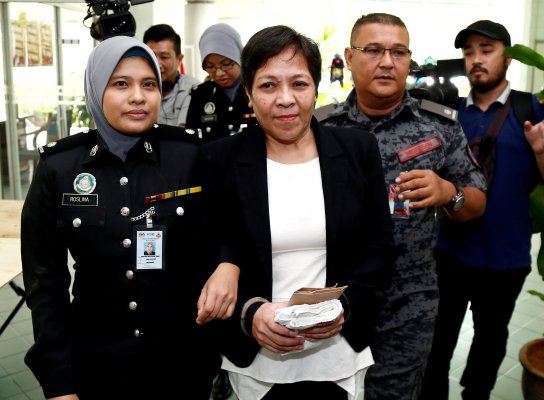 Australian Grandmother Sentenced to Death in Malaysia
Next Up: Editor's Pick