An Australian woman who claims she was the victim of an internet romance fraud was sentenced to death in Malaysia on drug trafficking charges Thursday after judges overturned her earlier acquittal.

“It’s disappointing as there was clear evidence that she was the victim of an Internet romance scam. She was a drug mule,” Exposto’s lawyer, Tania Scivetti, told the Associated Press.

Exposto, a mother of four and a grandmother, was arrested while carrying 1.1 kilograms (2.4 lbs.) of crystal methamphetamine through Kuala Lumpur International Airport on a layover between Shanghai and Melbourne in 2014.

Exposto contends that she was duped into transporting the drugs by her online boyfriend, who she had flown to Shanghai expecting to meet. Instead, she received two bags, which contained drugs stitched into the lining. Exposto said that she did not know about the drugs, which were discovered by an X-ray machine.

Exposto was acquitted in Dec. 2017, when a judge ruled that she had been groomed over a period of two years by an imposter. She was prohibited from flying home to Sydney, however, while prosecutors filed an appeal. That appeal was upheld Thursday.

Multiple Australians have been executed under Malaysia’s notorious narcotics law, which carries a mandatory death sentence for trafficking over a certain quantity. Brian Chambers, 29, and Kevin Barlow, 28, were hanged in 1986 after being found with nearly 180 grams of heroin. Michael Denis McAuliffe was executed in 1993, also for heroin trafficking. 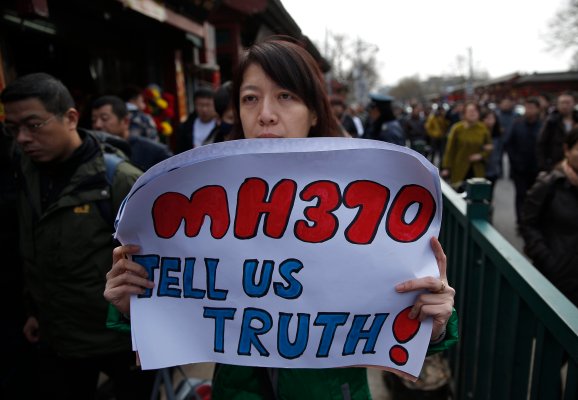 Search for Missing MH370 Jet to End
Next Up: Editor's Pick