Fortunately, it seems the Boba Fett movie has been resurrected, sources confirm to EW.

That line, The Empire Strikes Back fans know, is what Boba Fett said to Darth Vader about the soon-to-be-carbon-frozen Han Solo, and it apparently echoes Lucasfilm’s feelings about the stoic Mandalorian who seemingly met his end in the belly of the Sarlaac in Return of the Jedi.

Logan filmmaker James Mangold, who has lots of experience with those who live outside the law with Copland and 3:10 to Yuma, will reportedly step in to direct, according to The Hollywood Reporter. This comes nearly three years after the project was backburnered when Lucasfilm parted ways with then-director Josh Trank (Chronicle, Fantastic 4).

Ironically, the news comes on the eve of the debut of Solo: A Star Wars Story. EW first broke the news that Lucasfilm was developing a young Han movie and a Boba Fett bounty hunters story back in in 2013.

Reps from Lucasfilm and Disney did not immediately return calls for comment. Some sources close to the project stress that the Boba Fett movie is in development, and not yet greenlit or dated. As they have before, things could always change.

The movie was so close to launching into production that teaser footage was created for Trank to show at Star Wars Celebration in April 2014. But after Trank clashed with 20th Century Fox on Fantastic 4, he and Lucasfilm parted ways and the project stalled.

The Boba Fett movie would have been released this week, in the spot now occupied by Solo.

Another standalone movie rumored to be in the works includes an Obi-Wan Kenobi film, which Stephen Daldry was considering directing. But so far, Lucasfilm hasn’t confirmed anything beyond J.J. Abrams’ Episode IX, which will come out in December 2019. 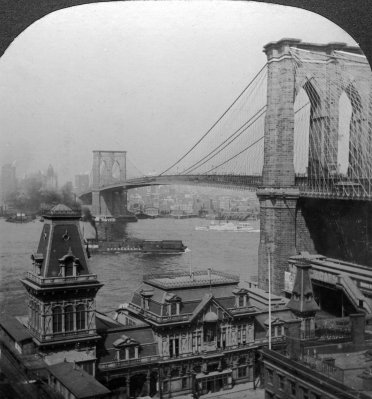 This Mysterious Long-Lost Film of the Brooklyn Bridge Wasn't Seen for a Century
Next Up: Editor's Pick