What would you do if you ever got pregnant? It’s a question many women in Ireland frequently ask themselves and each other. Because of Ireland’s eight amendment, which virtually bans all abortion, it’s a question that many Irish women think about. What would we do if we ever found ourselves in a situation where we would want to, or have to, terminate a pregnancy? In 2012, this hypothetical question became a reality for me.

I grew up in County Monaghan, Ireland with the revelations of the Magdalene Laundries and the exposure of the Catholic Church’s child abuse scandals. It was also a time when being a single mother no longer meant you were castigated from society, and a time when people started questioning the role of religion in their lives.

I have always been a feminist and unequivocally pro-choice, but I never really considered what “choice” meant in a country where abortion is illegal until I unexpectedly became pregnant at 23.

My boyfriend and I had been together since university and were living together in County Donegal when out of the blue my period was late. I bought two pregnancy tests and took them in secret, one at midnight and one at 5 a.m. When both were positive I booked an appointment with my doctor. When she confirmed that I was pregnant I burst into tears. I asked: “What if I don’t want to be?” She replied, “I’m sorry, I can’t give you any more information.” It was a huge shock that the one person I would need in this situation was unable to provide me with any support. I told my partner and we decided that we weren’t ready to be parents. That was our choice alone and it was a difficult one to make.

The next stage is a bit of a blur, but through calling different family planning clinics I found a Women’s Health Center in Letterkenny, a town in County Donegal, where we were living at the time. They were connected with different clinics in England and provided me with all of the necessary information and assisted us with making an appointment at a clinic in Liverpool, but we had to wait.

We didn’t want to borrow the money as it was a private matter between us alone, so we waited for four weeks in order to save up enough of our salaries to get the procedure done and afford the airfare to England.

Those weeks were torture. I was terrified people would realize that I was expecting; I was also scared that by the time we had enough money that it would be too late. When we finally saved up enough, we took a 6 a.m. flight to Liverpool. We told our families that we were going away for my birthday for a long weekend.

The clinic in England was full of wonderful doctors and nurses. I remember asking one of them if they saw many Irish women like me, and the nurse told me she saw Irish women every day. It was the first time I realized how wrong our country’s eighth amendment was. I had accepted the journey as something we just had to do without considering the hundreds and thousands of women making the same journey day after day, year after year and decade after decade. I was very proud to be Irish and it was saddening to realize that I was something that needed to be swept under the rug. The procedure took place under general anesthesia and I was treated with great care and compassion. Even though I wasn’t in much pain it was a great relief that we were staying longer, and I would be able to recover a bit before going home. With any medical procedure there is always a small risk of complications, but these fears were intensified for me because I wouldn’t have a doctor at home that I could turn to if I needed to.

My boyfriend and I are no longer together, but we talk often and openly about the journey we took and the reasons why. As the referendum to repeal the eighth approaches, we’ve discussed how it wasn’t fair that we had to travel to another country, and that we really wish that such a personal and private experience could have taken place in our home country. We made the right decision for us at the time, and it’s a shame that we were made to feel like criminals and fugitives for our choice.

Thousands of Irish women make the same choice as I did every year. Others try to end their pregnancies on their own with pills purchased online. Ireland’s eighth amendment is so stringent that even women with serious medical emergencies and complications are sometimes denied abortions, and any provider or woman who’s found guilty of performing or having an abortion can be imprisoned for years.

It’s been six years since that long summer in 2012, and we’re on the cusp of a monumental day for Ireland. I’ve been sharing my experience with friends and family for a long time now, but ever since the referendum was announced, I’ve been a lot more open about my abortion and have heard many stories from Irish women with experiences just like mine. The eighth amendment has relied on a culture of silence to be successful. But as more of us tell our stories, we erase the shame and stigma that help create the silence. It’s why I joined the London-Irish Abortion Rights Campaign in 2017.

The last few months have been an opportunity for me, and the people of Ireland, to shed the unwarranted shame of our choices and raise our voices. We have a long, dark history and in many ways this referendum has allowed us to shine a light on it. Women and men from every corner of this country have told their stories and have been shown great empathy, compassion and kindness from people who both support and oppose the referendum.

I now live in London, and watching this all unfold from afar has been both a joy and a frustration. A joy because I never thought this would happen in my lifetime, and a frustration because I cannot personally cast a vote for something that means so much to me and others. But I can share my story, and hopefully it’ll bring some comfort to anyone else who’s gone through a similar situation. 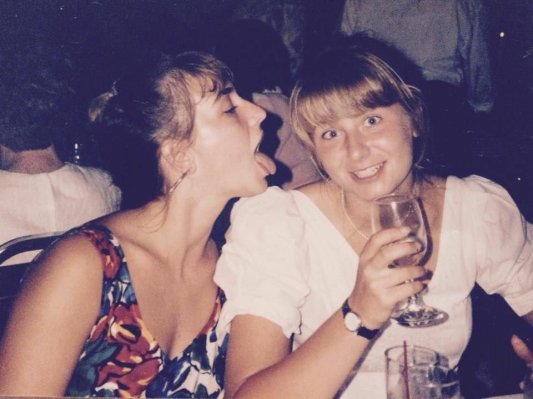