Italian police officers stand next to the twisted wreckage of a train that plowed into a truck last night in Caluso, near Turin, Italy on May 24, 2018.
Massimo Pinca—Reuters
By Eli Meixler

Two people were killed and 18 others injured when a regional train collided with a truck in northern Italy on Wednesday, Reuters reports.

The train, running on a line that connects the cities of Turin and Ivrea in Italy’s northern Piedmont region, crashed into a freight truck that had broken through a crossing barrier and become stuck on the tracks, according to Italy’s state train company.

The driver of the train was killed, Reuters said, along with the driver of a vehicle accompanying the truck. 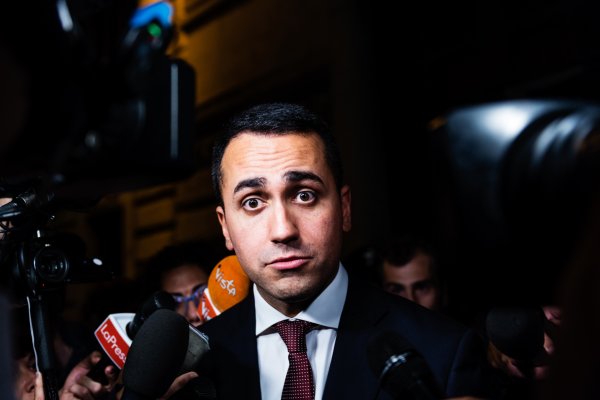 What Italy's Swing to the Populist Fringe Means for the E.U.
Next Up: Editor's Pick