Saudi Arabia has widened its crackdown on women’s rights activists, bringing the number of arrests up to 11 people, according to human rights groups.

Since the sweep began on May 15, the detained activists, most of whom are women, have been branded “traitors” by pro-government news outlets and social media accounts, according to Human Rights Watch. Over the weekend, several state-linked newspapers published the names and photographs of those detained in what rights groups dubbed a “smear campaign“.

Those arrested reportedly include prominent women’s rights defenders who have long advocated for ending the ban on women driving, among them, Loujain al-Hathloul, Aziza al-Yousef and Eman al-Nafjan, along with Mohammed al-Rabea, an activist, and Ibrahim al-Modaimeegh, a human rights lawyer. They may face charges for “suspicious contact with foreign parties” and undermining “stability,” according to the Presidency for State Security, an office which reports to the king.

Since the kingdom is expected to soon lift its prohibition on women driving, rights groups said the motivation behind the escalating arrests remains unclear.

But now international outrage over the arrests threatens to derail the crown prince’s image as liberalizer.

“The crown prince, who has styled himself as a reformer with Western allies and investors, should be thanking the activists for their contributions to the Saudi women’s rights movement,” Sarah Leah Whitson, HRW’s Middle East director said in a statement. “Instead, the Saudi authorities appear to be punishing these women’s rights champions for promoting a goal bin Salman alleges to support — ending discrimination against women.” 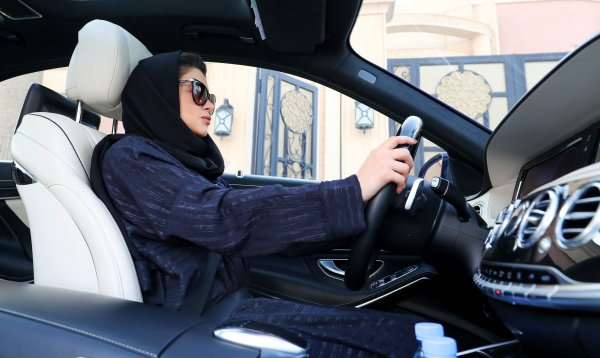