It’s clear that Mike Kohler underestimated his own running ability. He signed up for to run his first-ever half-marathon on Saturday, May 19, but accidentally ended up running the whole thing.

The West Fargo, ND., plumber had taken part in the Sanford Fargo Marathon’s 10K race last year and the 5K the year before that. This year he was planning on taking the next step and running the half marathon, according to the Grand Forks Herald. He woke up early, headed to the Fargodome, and when the announcers said go, he went.

The only problem was that Kohler had misread the start time for the half-marathon and ended up taking off with the runners competing in the full marathon. Following the pack, he ran the course heading north, instead of the southern route the half-marathoners were meant to follow. He started to get suspicious when noticing signs for full marathon runners, but brushed it off thinking the two courses must intersect later along the route. He just kept running —and running and running.

When he finally realized his error, he decided to just keep going. “I’m just going to go for it, because why not? I’m already here, I’m already running, I’m already tired. Might as well try to finish it,” Kohler told the Grand Forks Herald. He finished the 26.2 mile race in just under six hours. ”This just kind of proves you can do a lot more than what you think you can sometimes,” Kohler said about his unplanned accomplishment. 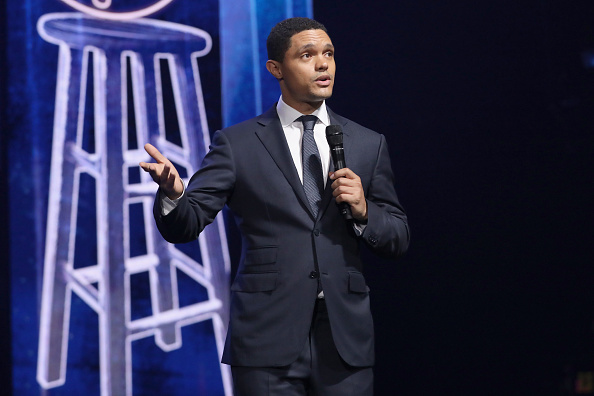 Trevor Noah Is Here With the Royal Wedding Stand-Up Set You Were Waiting For
Next Up: Editor's Pick