Italy's Swing to the Populist Fringe Is Profoundly Symbolic and Deeply Disturbing for the E.U.

Five Star Movement (M5S) leader Luigi Di Maio talks with the press after leaving the Chamber of Deputies in Rome, Italy, on May 21, 2018.
NurPhoto—NurPhoto via Getty Images
By Charlotte McDonald-Gibson/Brussels

The European Union can swing from euphoria to crisis in the blink of an eye. Just a few months ago, French President Emmanuel Macron was wooing liberal acolytes in the European Parliament with his vision of a European renaissance, a continent rebounding from the woes of the past with the kind of radical reform needed to win over a new generation.

This week, one of the worst fears of the bloc may come to pass: a populist government at the helm of a founding member of the E.U., one that rejects many of the union’s guiding principles, is capable of thwarting reform from within, and could resurrect some of the E.U.’s most bitter disputes.

After months of negotiations following March elections in Italy, a coalition has emerged between the anti-Europe, anti-immigrant Northern League and the populist Five Star Movement, which has previously campaigned against Italy’s membership of the euro. Their choice for prime minister, academic and political newcomer Guiseppe Conte, is currently battling allegations that he embellished his resumé—but the controversy seems unlikely to derail the deal.

It is hard to overstate the symbolism of Italy’s swing to the populist fringe. As well as being one of the six E.U. founding members, Italy has traditionally been a beacon of Europhilia on a continent where many nations have a historic mistrust of Brussels. And once Britain leaves the bloc next year, Italy will be the third-largest E.U. state by both population and economy.

“Italians have had deep political and cultural support for the E.U. since its creation, so the Italian electoral results should provide a stark warning to European decision-makers about the sustainability of the status quo,” Chiara Rosselli, a program officer with the German Marshall Fund think tank, wrote in a recent blog post.

Beyond the symbolism, the coalition’s policy program—a draft of which was leaked to Huffington Post Italy—seems designed to irk E.U. orthodoxy at every turn. Most contentious is an economic plan that includes establishing a basic income, scraping sales taxes and reversing a planned increase in the pension age, all of which appears impossible within strict E.U. public spending and debt targets. The coalition is also expected to reject sanctions against Russia that were imposed after the annexation of Crimea and to re-engage with Moscow, once again going against current E.U. policy.

Then there is a renewed demand for other E.U. countries to share the burden of the asylum-seekers arriving in their tens of thousands on Italian shores—a demand that has caused a deep schism in Europe and is now likely to cause further fracturing.

Luca Verzichelli, from the University of Siena’s political science department, predicts that the new government will introduce a range of harsh measures to limit migration, regardless of whether they get support from the rest of the E.U. “If everybody goes his way, that is the end of European policy,” he says.

Just how much of their program the coalition will be able to implement remains unclear. Their promise to deport half a million migrants, for instance, would be an expensive logistical nightmare. When it comes to the economy, there is little appetite from the rest of the E.U. states to transform its fundamental monetary policy. The E.U. official responsible for the euro area, Valdis Dombrovskis, has already cautioned the Italians, telling them to “stay on course in terms of economic and fiscal policies” in an interview with the German newspaper, Handelsblatt.

But the E.U. shouldn’t protest too loudly. After all, it shoulders much of the blame for sending voters to the populist fringes in the first place.

In the past few years, Italy has borne the brunt of two of the E.U.’s most stinging crises. In 2016, Italy saw 181,000 refugees and migrants arrive on its shores, but promises of solidarity—in terms of money and the relocation of refugees and migrants from Italy to elsewhere in the E.U.—have failed to translate into action.

An economic crisis, meanwhile, hit Italy particularly hard, and unemployment has remained stubbornly high at 11%, with that figure leaping to 32% for those under the age of 25. Despite Brussels’ enthusiastic roll-out of various stimulus plans, there has been little on-the-ground impact for ordinary Italians, who blame their deteriorating situation on the stringent austerity policy coming from Brussels.

“If northern European countries want to keep this obsession with public debt, they need to accept that people who are unemployed in a number of countries will eventually vote for protest parties, even in a very European country like Italy,” says Andrea Mammone, a lecturer in modern European history at the Royal Holloway University of London.

“There is a correlation between the E.U. failures and the vote in Italy,” he adds. “But some of the European Union elites refuse to see this.”

For all Macron’s talk of E.U. reform, the Italian result demonstrates the difficulty he will face in reaching any consensus to implement it. He may have been able to slay the populist demon in France when he beat Marine Le Pen and her National Front to the presidency a year ago, but that now appears to be the exception rather than the rule. Experts predict a boon for fringe parties at European Parliament elections next year. Until the E.U. takes a closer look at the impact of its decisions, populists will keep winning. 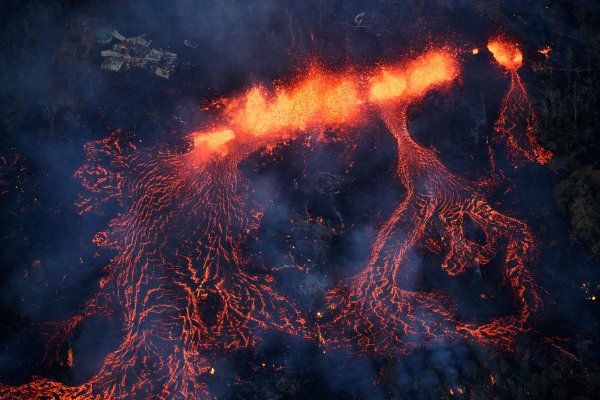