When Trevor Noah scheduled a stand-up show for May 19 in London, he apparently had no idea it would coincide with the royal wedding. But that doesn’t mean he wasn’t willing to use Prince Harry and Meghan Markle’s nuptials as comedic fodder.

While performing his set at London’s 02 Arena on Saturday, The Daily Show host shared his take on the hype surrounding the impact of Harry and Meghan’s ceremony at St. George’s Chapel.

“My favorite thing was how the British media talked about how black the event was,” he said. “This is like one of those things where I understand they want to talk about it because you’re not used to having like a ‘black wedding.’

He went on to joke about the media’s coverage. “‘Trevor, would you mind speaking about the wedding and really all the black performers? There was a black cellist and there was a black choir and a black pastor. How do you feel?’…It’s a wedding, what do you want me to say? That’s a normal wedding. I wasn’t watching that wedding being like, ‘Whoa, there’s black!'” 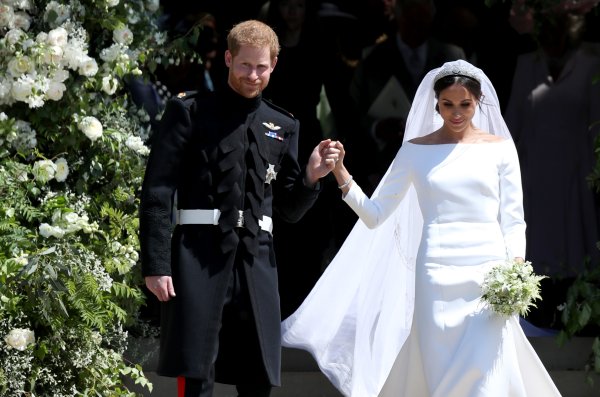