A gay man seeking to challenge GOP county clerk Kim Davis in Kentucky lost his bid for the Democratic nomination to run against her, three years after she denied him a marriage license.

David Ermold, who bid for the Democratic nomination in the primary race on Tuesday in Rowan County, Kentucky, lost despite raising out-raising fellow Democratic candidate Elwood Caudill by at least $200,000. Caudill will now face Davis, the Associated Press reports.

Ermold, his now-husband and several other gay couples were denied marriage licenses by Davis in 2015, following a landmark Supreme Court ruling that legalized same-sex marriage. Davis later spent a week in jail after refusing a judge’s order to issue the marriage licenses.

The AP reports that Rowan County residents worried that Ermold’s bid for the nomination would bring back the heavy media attention the area received in 2015, as protests against Davis grew. Republicans in Rowan County have even suggested they may not vote for Davis after she brought so much negative attention to the county. 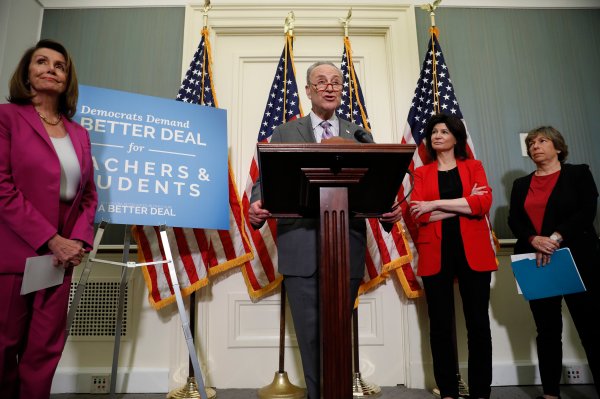