'They Used Me.' Woman Who Was Allegedly Blackmailed by Missouri Governor Says She Doesn't Want to Be Involved

The woman who Missouri Governor Eric Greitens is accused of blackmailing is speaking out for the first time, claiming that she felt coerced into cooperating with law enforcement after her ex-husband went public with her story.

The woman, who has not been publicly identified, says she feels “used” and just wants to move on her life.

“I didn’t want this. I wasn’t out to get anyone. I really was just trying to live my life,” the woman told the Missouri television KSDK-TV. “I’m in the middle of the most difficult, crazy fight that I didn’t ask to be a part of.”

In January, local St. Louis station KMOV-TV reported that Greitens, a former Navy SEAL who was elected in November 2016, had an affair with the woman in 2015, and allegedly threatened to release nude photographs of her if she ever spoke publicly about their extramarital relationship. KMOV learned of the report from the woman’s husband, who claimed to have audio of her describing the allegations. One day later, a St. Louis circuit attorney launched a formal investigation into the allegations. Greitens has acknowledged the affair but denied any claims he coerced or blackmailed her.

Greitens, a Republican once seen as one of the party’s rising stars, was indicted – and arrested – for invasion of privacy in February, which is a felony, but the charges were dropped earlier this month as the trial was slated to begin.

The woman said her ex-husband had provided the story without her consent, and that she is befuddled by claims that her husband’s attorney, Al Watkins, has received $100,000 from what he said were anonymous sources for representing the woman’s husband.

“I have no clue with this money thing. I don’t know who it was and what they wanted to accomplish,” she told KSDK. “But they used me. They used me. Not the person who got paid. They used me.”

Last month, Missouri lawmakers released a report of findings from their investigation into the allegations. In the report, the woman testified that Greitens had slapped her during their encounter, and had initiated sexual activity without her consent once she had entered his home while she laid on the floor crying. The woman said she stands by these allegations.

The woman also told KSDK she should never have been involved with Greitens, and apologized to his wife. “I should not have gone into her home. I know that,” she said.

A representative for Greitens said in a statement that there is still no evidence for the woman’s claims.

“This case was dismissed because there was no evidence to support the allegations,” the statement reads. “Everyone involved has said they desire to move on.” 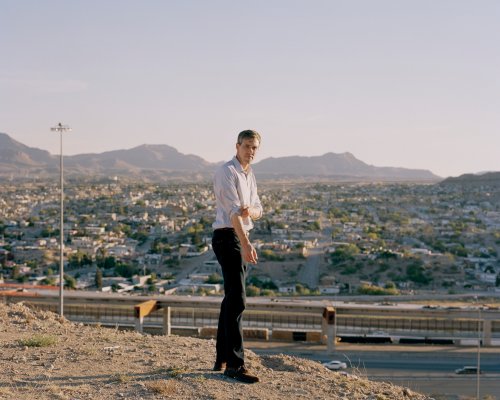 Beto O’Rourke Is on a Long, Hard Road
Next Up: Editor's Pick