The False Promises of Protectionism

CSA-Plastock/Getty Images
Ideas
By Dambisa Moyo
Moyo is an economist and the author most recently of Edge of Chaos: Why Democracy Is Failing to Deliver Economic Growth and How to Fix It.

Much of the criticism leveled against globalization today is related to the idea that it enriches the few, leaving the many behind. The people making this argument frequently advocate for the wholesale abandonment of globalization — which would put the very existence of an international agenda at risk.

It is understandable that policymakers are responding to their electorates’ grievances. While some people have benefited from globalization, large pockets of society have suffered — from farmers in the developing world to manufacturing and industrial workers in the West. But these frustrations have less to do with the ideal of globalization itself than the lite version that politicians have implemented over recent decades. Regrettably, governments across the globe are pivoting today toward lesser political and economic models. These will offer quick wins but over the long term will reduce growth, increase poverty and spur more political and social unrest. Rather than address its shortcomings, this will only entrench the inferior form of globalization.

If the world continues on this isolationist path, three major shifts will happen.

First, a more siloed world will force businesses to adopt increasingly local and decreasingly global models. In essence, they will be more likely to rely on local and regional capital — and less likely to be centrally run from leading financial centers such as New York City, Tokyo and London. This change will significantly alter how businesses fund themselves, how they structure costs and how they view the proposition of long-term growth. They will be less able to access the global capital that is necessary to fund investments and grow companies — reducing their opportunities to hire people and invest in communities.

Second, there will be short-term deflation and then long-term inflation. We’ve already begun to observe the former. Low energy costs, low wages and indeed the low price of money itself (reflected in low interest rates) indicate a prevailing deflationary world, though they all have notably risen recently. As for the latter, the persistence of low inflation has defied warnings of a sharp uptick that date as far back as 2009, right after the financial crisis. Beyond that, rising trade tariffs and protectionism will increase prices of imported products. This will undercut the actual value of wages’ being forced higher by a relatively closed economy with reduced movement of labor.

According to the International Labour Organization, there are approximately 66 million people between the ages of 18 and 24 who are out of work around the world. That labor imbalance is particularly pronounced when you consider that there is an aging population in the West and Japan, while across many developing nations as much as 70% of the population is under the age of 25. A global policy that targets an optimal migration level could help businesses tap the world’s entire labor market for talent and workers — and help stave off steep inflation in the future.

The final shift is that governments will likely favor national champions — companies that enjoy regulatory protections, tax breaks and subsidies that offer an advantage in their home markets against foreign competitors. What results are corporate monopolies rather than competitive markets, where the government becomes a bigger arbiter of who wins and who loses. Ultimately, these companies gain outsize pricing power, which promotes larger and less efficient companies while disadvantaging consumers.

Public policy has not allowed full globalization a genuine chance to “lift all boats.” For example, U.S. politicians should have backed a big investment agenda in infrastructure, schools and skills to usher in a new economic era on the back of the wealth earned from globalization. Instead, it continued to provide low-interest loans to middle America, especially to support homeownership; these debt programs gave people the illusion that their livelihoods were improving even as their wages were falling and debt obligations were rising. And politicians around the world should have ceded real power and authority to global institutions, like the World Trade Organization, which are still superseded by the policy agendas of national governments and thus struggle to implement an agenda that benefits everyone across the earth.

While the current proposed protectionist policies are understandably appealing in the short term, they stand to limit growth for companies and countries. Left unchecked, the result will be more destruction of the global economy and greater despair as well as unrest, conflict, corruption and a sense of utter hopelessness worldwide.

This essay is adapted with permission from Edge of Chaos: Why Democracy Is Failing to Deliver Economic Growth — and How to Fix It. 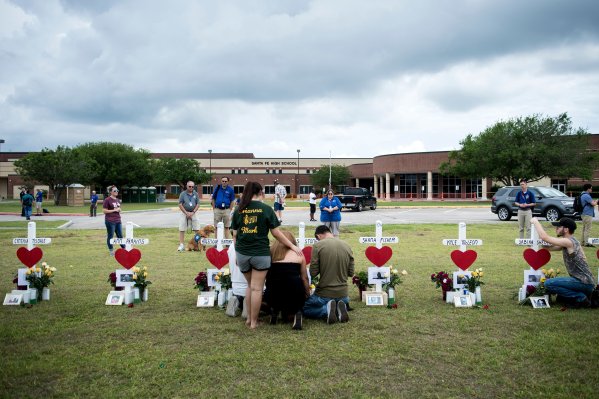 My Youngest Son Was Murdered at Sandy Hook. I Worry About the One Who Survived
Next Up: Editor's Pick