'Thinking of You All Today.' Ariana Grande Tweets Message of Support One Year After Manchester Arena Attack

One year after the Manchester Arena bomb attack that killed 22 people attending an Ariana Grande concert, the singer tweeted that she was “thinking of you all today and every day.”

“I love you with all of me and am sending you all of the light and warmth I have to offer on this challenging day,” Grande wrote on Tuesday. She included the bee emoji, which has long been a symbol of Manchester.

On May 22, 2017, during Grande’s concert in Manchester, England, suicide bomber Salman Abedi detonated a homemade shrapnel device, killing 22 people and wounding more than 800, many of whom were children who suffered physical and psychological injuries.

Grande recently spoke with TIME in her first interview about the attack, which she called “the absolute worst of humanity.”

“Music is supposed to be the safest thing in the world,” she said. “I think that’s why it’s still so heavy on my heart every single day. I wish there was more that I could fix.”

A minute’s silence will be observed across the U.K. at 2:30 p.m. local time (9:30 a.m. ET) and Prime Minister Theresa May and Prince William are expected to attend a private memorial service for the families of the victims at Manchester Cathedral, according to the BBC. 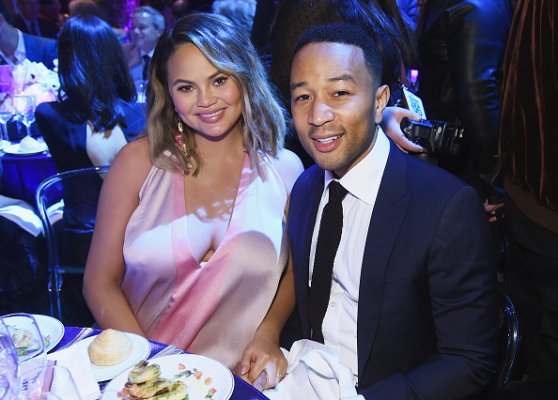 Chrissy Teigen and John Legend Just Announced the Name of Their New Baby Boy
Next Up: Editor's Pick